We’ve seen a lot of creative setups for faking that ‘bullet time’ look—one guy strapped his GoPro to a ceiling fan—but this creation filmmaker Luca Amhofer is the most versatile and functional DIY rig of its kind we’ve ever seen… and it’s dirt cheap to make!

Luca shared some photos and videos of his rig with PetaPixel, explaining that the whole thing was made using just some plywood, aluminum, a tripod ball head, a caster (one of those swiveling wheels you find on furniture dollies), and a tiny bit of welding.

The final result looks a bit like this when you’ve got it in action: 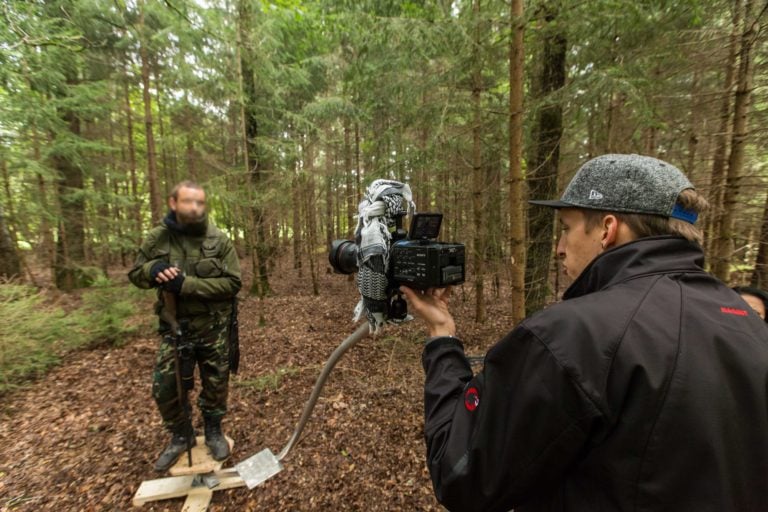 And the rig itself is very simple, as you can see from these closeup shots: 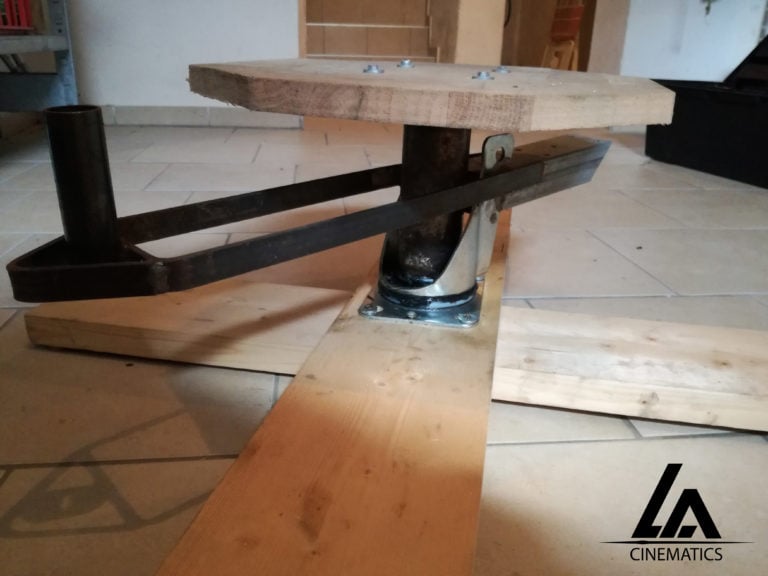 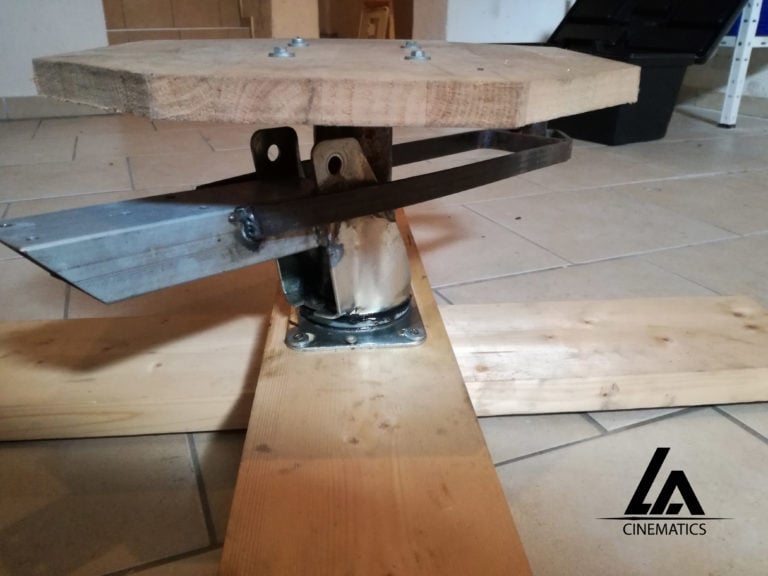 The camera can be mounted at whatever height Luca needs on a removable aluminum rod, allowing him to move the setup easily, and capture everything from eye level shots to slow motion 360° from below.

Combine this rig with a really nice camera—in this case, a Sony FS700 that can shoot 200fps slow motion in Full HD—and you have yourself some pretty epic ‘bullet time’ footage for Luca’s latest anti-war short film titled “SCOPE”: