Back in March 2011, British adventure photographer Dan Milner went on a 9-day photo shoot in the Scottish Highlands for Transworld Snowboarding magazine. While there, he endured blizzards, 100MPH winds, -20° temperatures, and being headbutted in the lens by a wild stag.

It’s true: the video above proves it.


The strange and scary encounter occurred after Milner and his friend stumbled upon a deer standing by the side of the road they were on. Milner, being the thrill-seeker that he is, decided to leave the safety of his vehicle to get some up-close-and-personal shots of the stag.

The stag (understandably) didn’t appreciate the photographer sticking a camera up in its face, and decided to teach the intruder a lesson. With Milner crouching just feet away, the stag lowered its head and charged.

Luckily for Milner, his Canon 1D Mark III DSLR and lens took the brunt of the blow. The photographer only got a little bloodied: 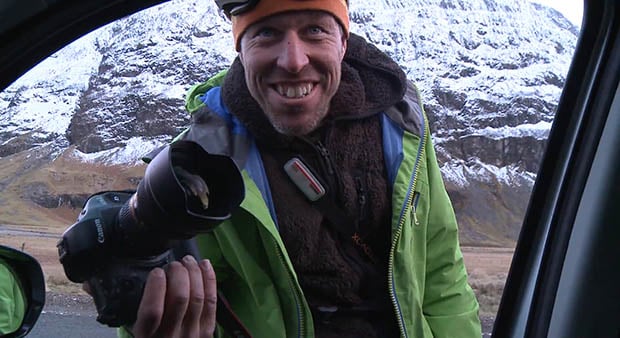 In the video, Milner says that the stag put a scratch in his 1,400 quid (~$2,100) lens, but he later wrote that the “lens made it through. Probably the toughest test for an optic coating ever. Amazing.”

(via Jim Goldstein via Imaging Resource)