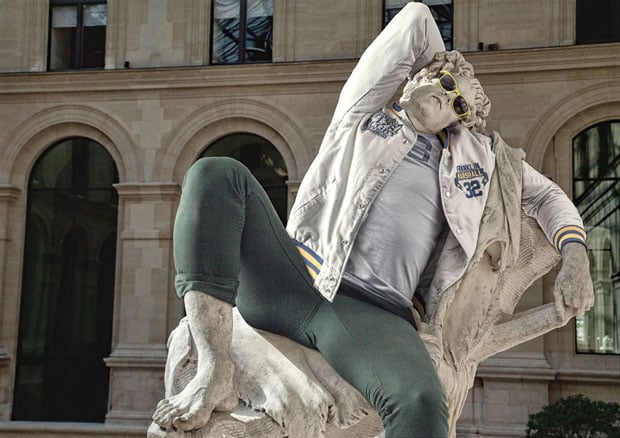 The term “hipster” is only decades old (at most) and has only become widely used over the past half decade, but what if the concept had existed in days of old? That’s the idea behind photographer Leo Caillard‘s project, “Hipster in Stone.” Combining his photography and Photoshoppin’ skills, Caillard imagines what it would be like if ancient Greek sculpture subjects were hipsters.

The project first started when the Paris-based 28-year-old photographer was spending a day at the Louvre. After seeing the nude statues that were made to represent the ideal body figures of ancient culture, Caillard started to wonder: “What were the Greeks wearing when they weren’t posing for sculptors?”

Rather than clothe the statues with the fashion of ancient Greece, Caillard decided to mix the old with the new. It’s a twist on themes: the photographer’s goal was to “take the ultimate from the Classic world and add a modern, contemporary twist with cropped pants, Ray Bans, plaid shirts, and the icon becomes iconic.”

Creating the ‘shopped images in the series was no easy task. Caillard first photographed the statues himself, and then found models who had similar body shapes. He then dressed the human subjects in “hipster” clothing, and photographed them in a studio setting while trying to match the light with the light of each sculpture’s scene.

Finally, retoucher Alexis Persani used Photoshop to merge the two photographs together, dressing the old sculptures with new clothes. Here’s a look at how the Photoshop editing is done:

Here’s the photo that resulted from the ‘shop job shown above: 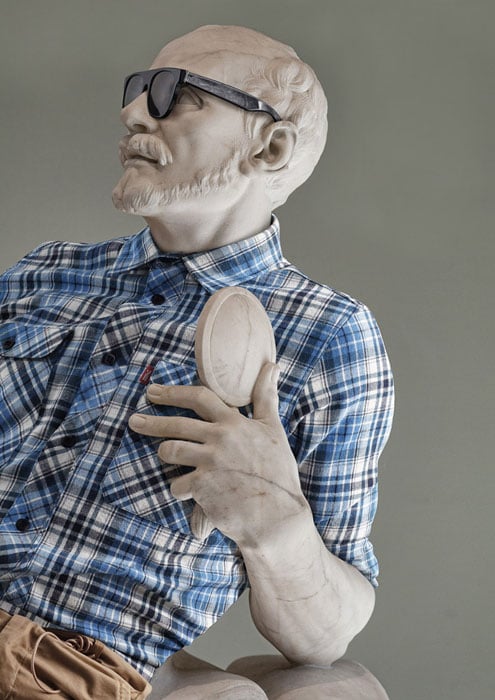 Here are some of the other photographs in the series: 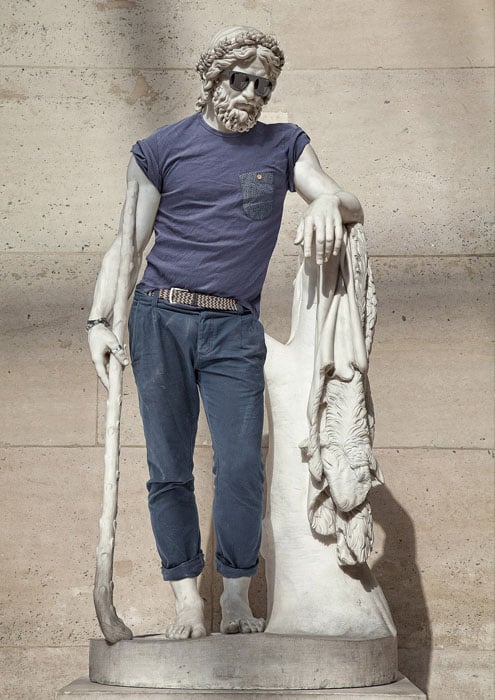 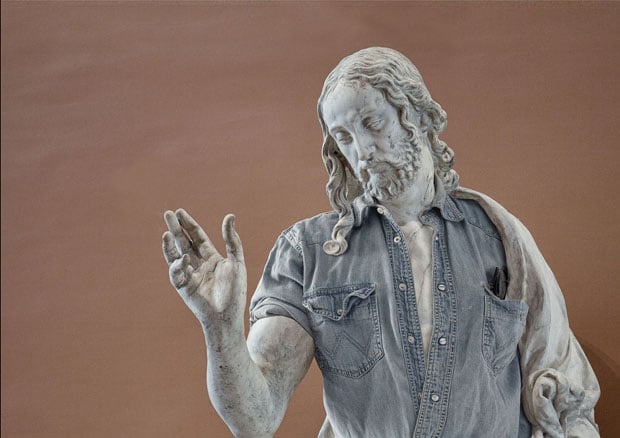 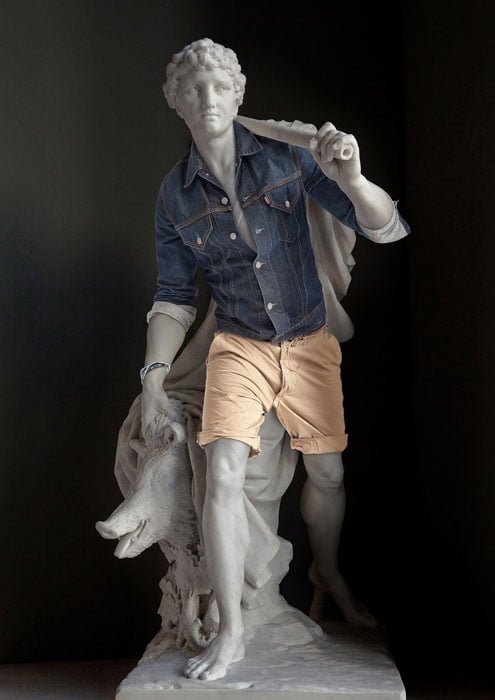 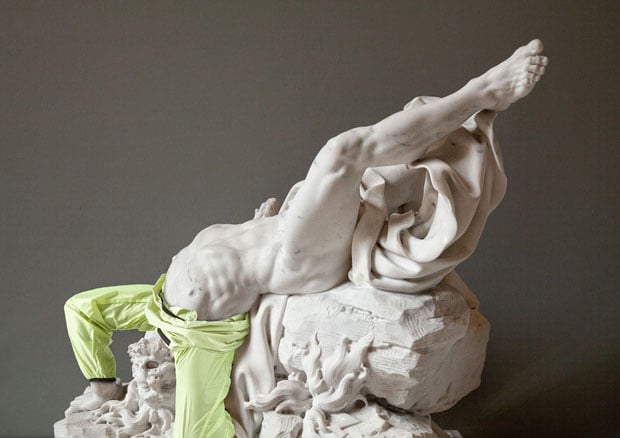 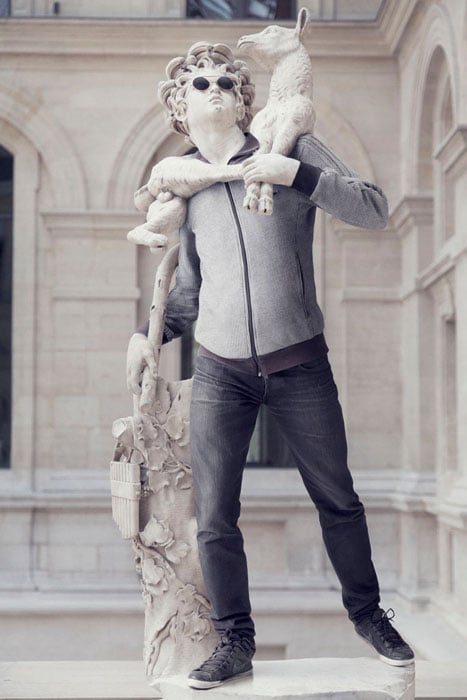 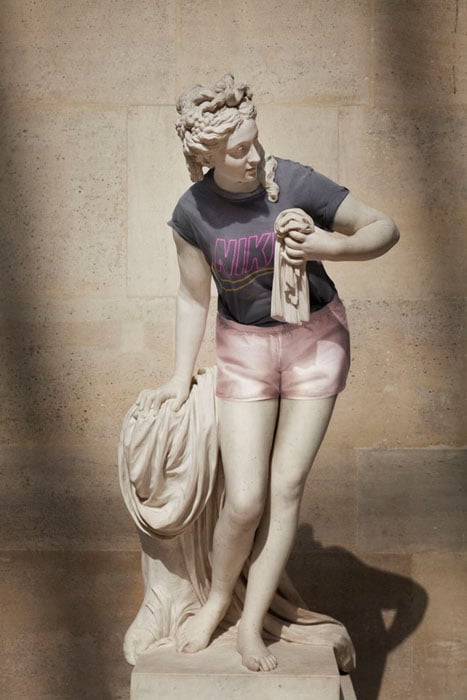 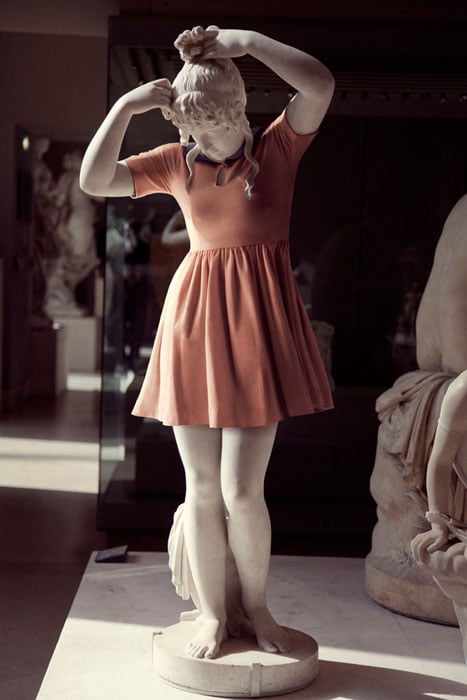 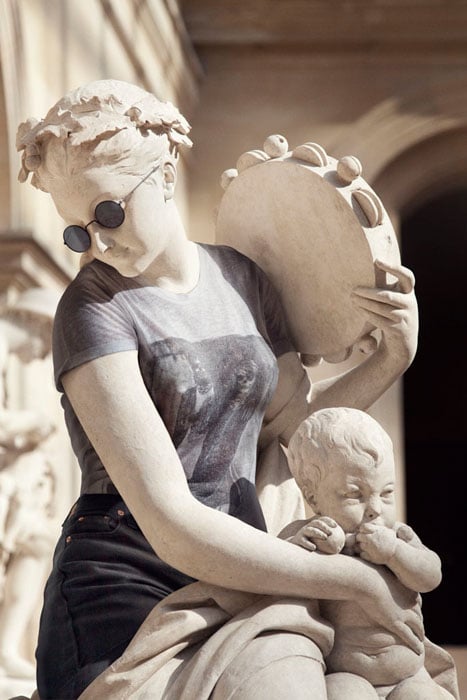 You can find the entire series over on Caillard’s website.

Hipster in Stone by Leo Caillard (via Feature Shoot)

Image credits: Photographs by Leo Caillard and used with permission

Smile, You’re in a Criminal Database