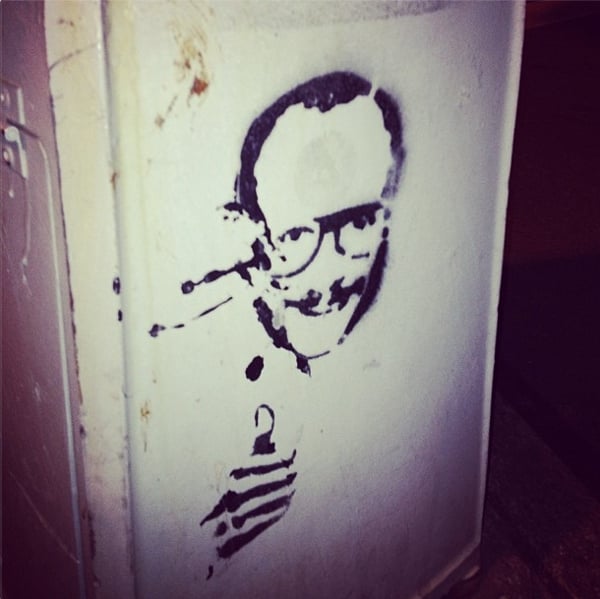 You might think that bearded, Carhartt-wearing, ironic dudes riding fixed geared bicycles in Brooklyn are obnoxious, but a different brand of 21st century hipster is helping make photography, er, awesomer. Let’s celebrate the nerdtastic dedication that possesses these photo hipsters.

This list wouldn’t be complete without mentioning the group of individuals who thought it was unacceptable for Polaroid to stop making instant film. Instead, they bought the production equipment from Polaroid, and within two years, concocted their own formulation, thus making the impossible, possible. In the words of the founders, they “decided to take action against the death of Instant Photography.” Shooting Polaroid is like owning vinyl. In a world increasingly filled with the digital, there’s just no analog to analog.

Although The Impossible Project has succeeded in making film for the traditional SX70, Polaroid 600, and 8×10 view cameras, there’s a huge gaping hole for all the 4×5 owners. Not to fear, the New 55 Project was designed specifically to fill this niche (and help revitalize the Sinar F1 that is sitting in my living room). If there’s one thing hipsters like, it’s DIY projects, and New 55 founder Bob Crowley took this to heart in explaining why he created the project: “One day on Twitter I noticed that The Impossible Project said they were not going to focus on 4×5 materials, so I said that I would do it.” No biggie. 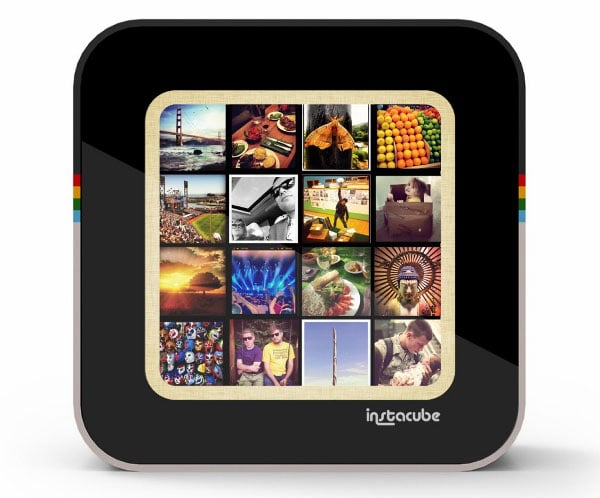 Originally started as a Kickstarter project (hipster alert!), Instacube is an appliance that can display your Instagram feeds, which is so much better than those lame digital picture frames of year’s past. Do you really need one? Nope. That’s why we bought the two-pack. 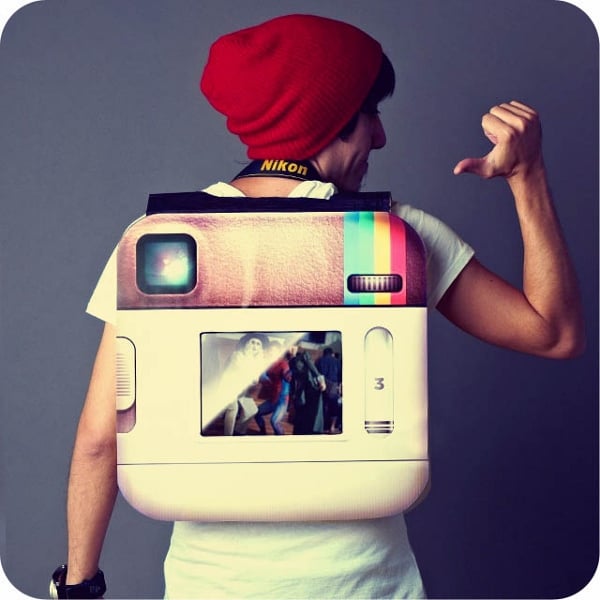 Hipsters don’t buy Halloween costumes, they make them. But not all handmade costumes are alike. My costume, for example, consisted of strips of construction paper glued to posterboard. Eric Micotto was inspired by a spat of iPad-related costumes, and decided that he would rig up his Nikon and iPad, print out an Instagram shell, and glue it to some cardboard he had lying around.

Yeah, you want an old school tintype because you’re a retro hipster who wears his grandpa’s style. But ack, those chemicals! Who needs the hassle or the fumes? Fortunately for you, Digital Tintypes allows you to upload any digital picture and order several sizes of tintypes. I would suggest a portrait of yourself with a thick beard and an Abe Lincoln top hat. 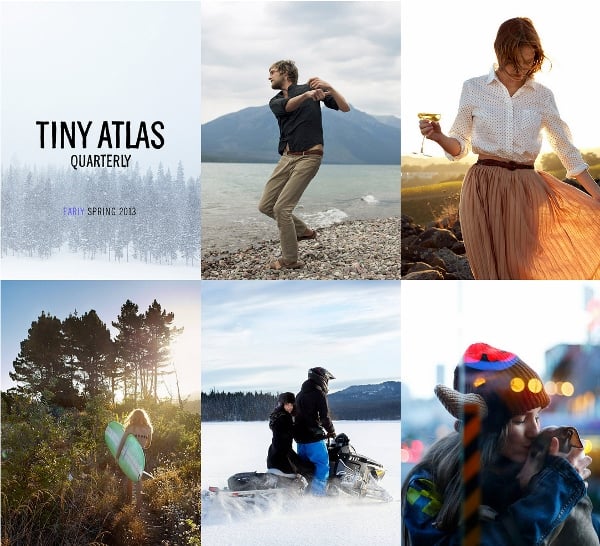 Most photographers maintain a crappy old blog where they post some “personal” pictures and talk about their creative slump. And then there’s Emily Nathan, who travels around the world to exotic locales, often with a team of producers, make-up artists, and models. She has a lot of talented friends who do the same. So why not make a really cool blog that makes you wish you were her, and use it as a subtle marketing piece of your enormous talent, which will continue to make you wish you were her? 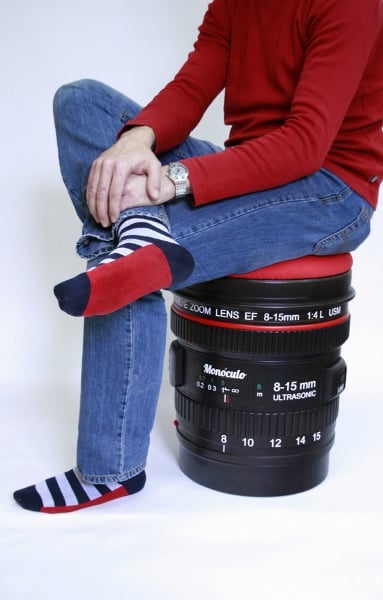 Sculptor and Etsy proprietor Sandra Díaz decided that someone should have a stool that looks like a lens. It’s a one of a kind (duh) made in Andalusia, Spain, and undoubtedly the hipster who made it would love for another hipster to sit on it every day. 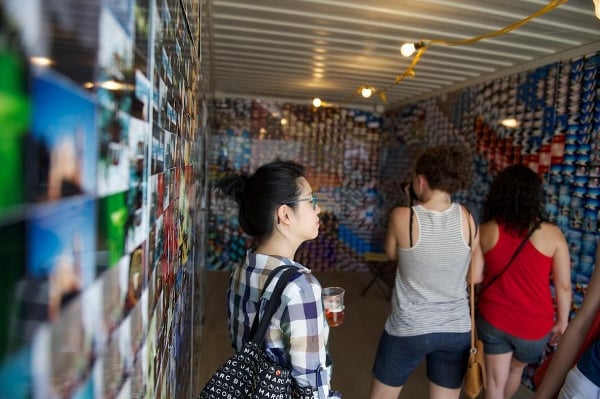 Maybe you’ve been thinking about producing a civic art installation, and wondering exactly how you might accomplish that feat. In the olden days, you might request a grant, or petition the city council. But this is Brooklyn, so fuggedaboutit. Last summer, the folks at Photoville raised over $30,000 via Kickstarter to create a “photo destination” in Brooklyn Bridge Park composed of empty shipping containers and lots and lots of photography. Did ya miss it? Don’t worry, it’s coming back in September 2013.

Black ballistic nylon is so passé. Hipsters prefer leather. Rich Corinthian leather, or something like that. Ok, you might prefer your rolling suitcase, but you have to admit that these bags look pretty scrumptious. In the words of the founder, Tracy Foster, “In summer 2010, I launched ONA with a simple vision: to offer style-conscious photographers and photography enthusiasts camera bags and accessories that complement their life and style.” So you see, it’s less of a bag, and more of a lifestyle.

No, that’s not a typo. That’s called cool. Phoot Camp is so cool, in fact, that you need to be invited to participate. No amount of money will get you into this exclusive retreat, well, unless you want to personally sponsor the thing. 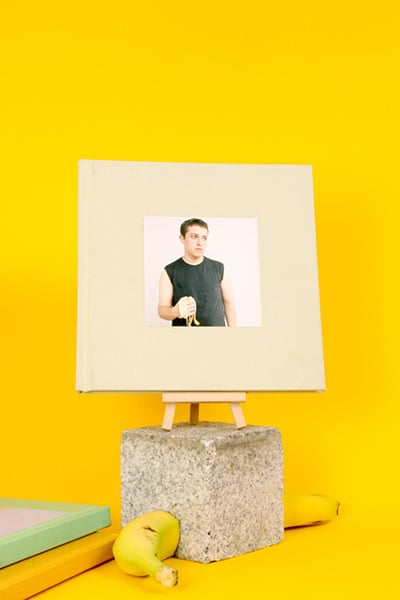 Even just the name “Self Publish, Be Happy” embodies the new-age hipster photographers’ attitude. The organization’s goal is simple: promote the work of self-published photographers. SPBH was founded by Bruno Ceschel in 2010, who prior to launch worked in traditional publishing. Bruno became frustrated by the long process of publishing a body a work, and seeing the work he loved get rejected simply because it was not “commercially viable”. He decided to take matters into his own hands, creating an online store front and advocate for the little guys publishing their work in zines, and books. SPBH now hosts events all over the world, including many at the Aperture Foundation.

Publishing house Fourteen-Nineteen was started by two young British photographers, Alex F. Webb and Lewis Chaplin. Alex and Lewis felt there was a place needed online for young image-makers who were still developing their talents, and carving their space within the fine-art and documentary world. Mainly, images of skateboarders, rowdy boys, and of course some blood. Inspired by friends and each other’s work, Fourteen-Nineteen became a popular online platform for photography students to see what their fellow peers were creating. The project took off and soon the two were expanding the business, publishing books and stocking them at swanky shops such as Fourth and Main. Did we mention their recently published I Don’t Warna Grow Up by Sean Vegezzi made Time’s Best of 2012: The Photo Books We Loved? Check it out here.

The success of Fourteen-Nineteen allowed the boys to sponsor other online platforms and zine producers such as Mossless – which was started by Romke Hoogwaerts while he was studying in New York City. Like those before him, Romke’s ultimate goal was print, but he knew like any young hip photographer should: he had to start online. He began producing his humble blog Mossless a little over 3 years ago which interviewed emerging photographers such as Bobby Doherty and David Brandon Geeting before the two had starting shooting for clients such as New York Magazine and Bloomberg Business Week.

If you are unfamiliar with the work of Alec Soth, let’s just say it’s hipster-tastic. Alec is an enormously talented photographer who took a series of roads trips along the Mississippi River and produced a book of stunning portraits. But you know, hipsters or Alec’s ilk aren’t content to just take photos. So Alec founded his own publishing house called “Little Brown Mushroom” which takes an experimental approach in working with artists to produce new modes of story telling. How do we know that this is truly a hipster endeavor? Because Little Brown Mushroom books are featured in the new Warby Parker retail store in Soho.

As we’ve seen, self-publishing is a massive movement in the photography space that is helping to produce tremendous works of art. But did you ever contemplate the longevity of those pieces, and what will happen to this incredible canon of work? Worry no more because Larissa Leclair is collecting, exhibiting and archiving as many self-published photo books as she can out of her home in Washington, D.C.

The ultimate hipster is a French street artist who started out tagging graffiti on the sides of buildings, and somehow wound up winning the 2011 TED prize while putting up massive photo installations in the favelas of Rio, the train tracks of Kenya, and most recently in Times Square. And lest you think JR is just some flash in the pan, take some time to listen to him speak, and find out why “authenticity” is the calling card of a true hipster, and why he has inspired so many people throughout the world with his brand of photography.

Shooting a Massive Gigapixel Panorama of the Manhattan Skyline

Peter Belanger: The Man Behind Many of Apple’s Iconic Product Images