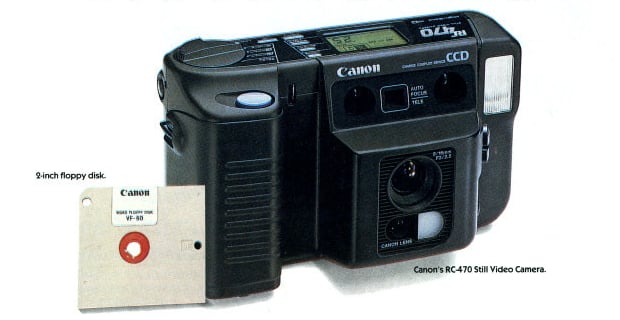 When cutting edge technology translates into RAW video, 14fps burst capabilities and smartphone megapixel counts in the 40’s, it’s easy to take it for granted and forget where digital photography started.

So here’s a little reminder of what digital photography looked like a couple of decades ago in the form of a Canon ad that boasts the capabilities of its still video systems, the digital camera before digital cameras.

According to Vintage Computing & Gaming, this particular ad appeared in MacUser’s December, 1989 issue. Before true digital cameras, there were still video cameras. Instead of capturing photos the way todays digitals do, these were CCD video cameras that took only one frame of video at a time. And these puppies could hold up to 50 frames on the video floppy disks they used: 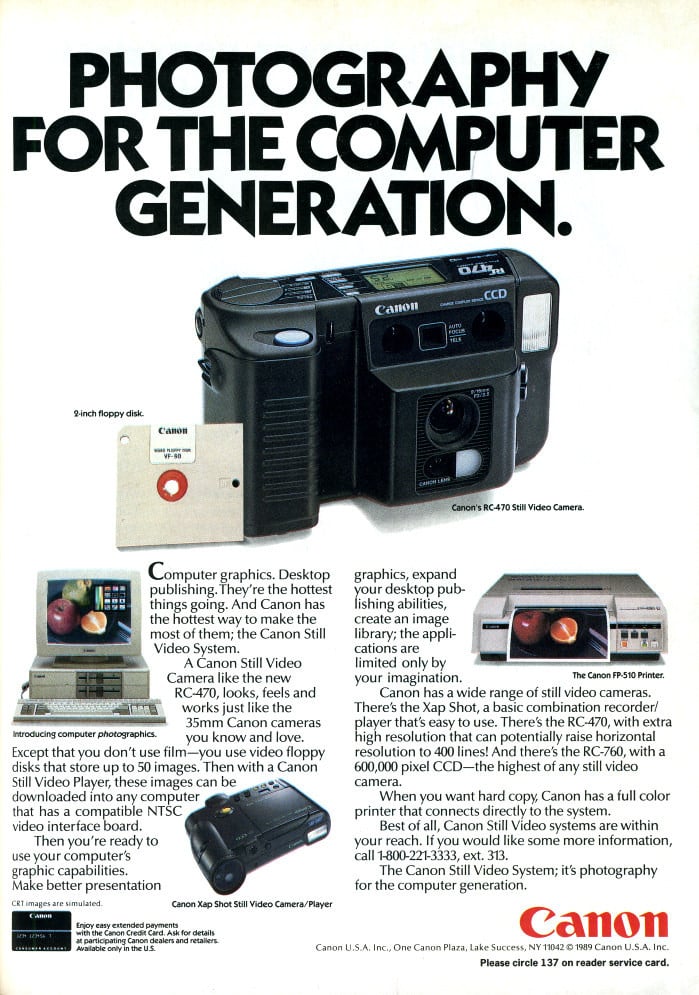 It’s funny to look at now, but in the 1980s still video cameras were all the rage, and it was Sony and Canon who were leading the charge. Sony was the first to the party, debuting its Mavica still video camera (the first ever) all the way back in 1981. Canon followed suit with its Xap Shot cameras like the one you see mentioned in the ad above. 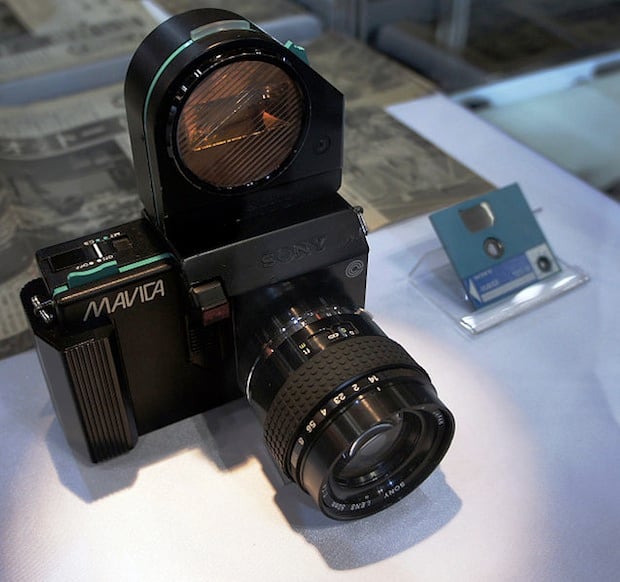 Even in 1989, you can see the pixel war begin to take shape. The RC-470 could potentially record with a resolution of up to 400 horizontal lines! And if that’s not enough, you could always order the RC-760, which housed a 0.6-megapixel CCD at its core! On the bright side (pun intended) those pixels must have been huge … just imagine the low light capabilities!

SnapChat Heading Towards Monetization and a Potential $1 Billion Valuation