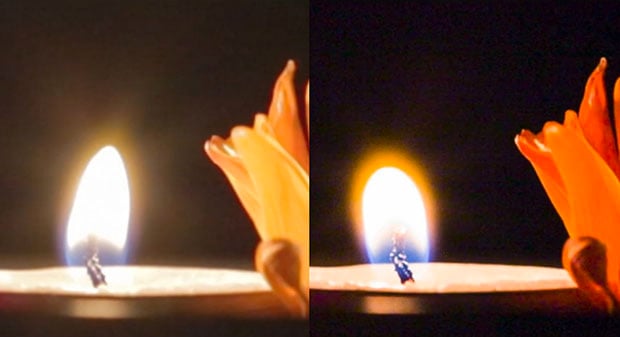 For some filmmakers, the arrival of the Magic Lantern RAW video recording ability has become a godsend. With increased sharpness and a remarkable improvement in dynamic range, it’s quickly become a much talked about topic.

But how does the RAW footage fare when it comes to bumping up ISO in those low-light situations?


The comparison video above by photographer Dustin Tolman shows an impressive side-by-side comparison of Magic Lantern RAW footage from the Canon 5D Mark III compared to H.264 compression recording from the same camera. Tolman used a 70-200 f/2.8 lens at f/8 for these shots. 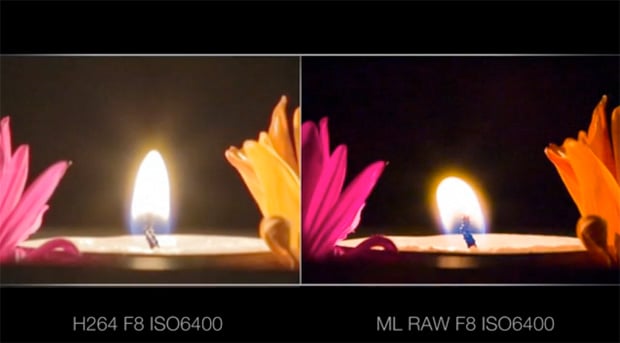 Here’s what Tolman says about his workflow:

First I converted the RAW files with ML’s raw2dng. Next I dragged the files into Photoshop which opened up Adobe Camera Raw. I selected the first image and used the auto white balance setting which got rid of the heavy magenta tone. Then I synchronized the additional files, and exported them as 16bit tiff files. First I tried to use QuickTime 7 to create an image sequence, but it rendered the video with incorrect color. So instead of QT I ended up using Final Cut Pro X to create an image sequence to a ProRes 422 HQ output.

Looking at the video he created, there’s a visible difference between the two shots, which are gradually stepped from from ISO 160 to ISO 12800. There is a visible halo surrounding the flame on the H.264 footage compared to the rather clean image produced using the RAW Magic Lantern hack. The RAW footage also boasts much deeper blacks, improving the overall quality of the footage.

When Did Selling Prints Become a Bad Thing?