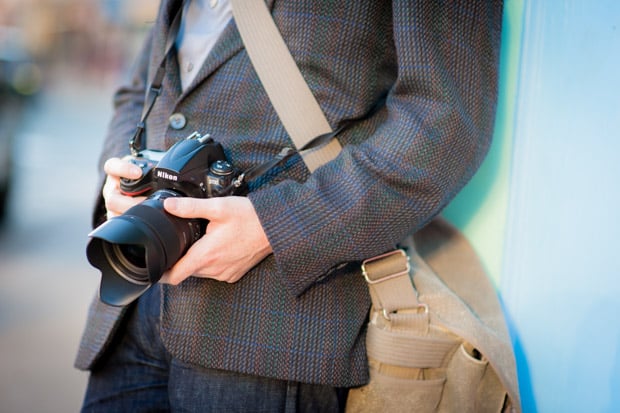 When I first began looking at the new Sigma 35mm f/1.4, I made judgements about its quality. “It’s plastic, yuck.” “I bet that focus control feels like a rusty zipper.” “The AF selector switch will tick me off.” “It won’t match the speed of my Nikon’s and my focusing tendencies.” My preconceived notions were that I was set for a so-so experience.

To begin with, the price point offers a nice trade-off for the professional concerned with the bottom line and an easy saver-upper for the am-hobbyist; Sigma’s bread and butter. This might not be the best 35mm you’re ever going to lay your paws on, but it’ll be close.

This is a walkabout lens. For street, 35mm is superb, offering a perfect balance of tight and wide without being so bulky that you can’t pocket and swap when needed. Your street your kit is going to take a beating (unless you’re that guy who always puts his camera away after every picture) and at $899 some may be hesitant to street this, putting it through the normal abuse that’s commonly doled out during hobby and unpaid street or travel photography.

The question then becomes: should it be in your bag?

On the technical side of things, it’s unquestionably sharp. Sigma tends to do one thing quite well and that’s fast mid-range primes like this 35mm and the popular 50 f/1.4. There are a lot of reviews on other sites that pixel-peep this lens to death, comparing sharpness in corners, contrast, bokeh and light falloff. They all agree on one thing: despite the price, this is a big boy lens for all intents and purposes.

With similar characteristics to the other dogs in the yard, the problem for Sigma gear is you never know if it’s a purebred or a mutt, with no clear indication of what you actually have. Sigma’s refreshed lens design (read: Art Series) gives me hope that hiccups of the past may be forgotten. Fingers crossed. 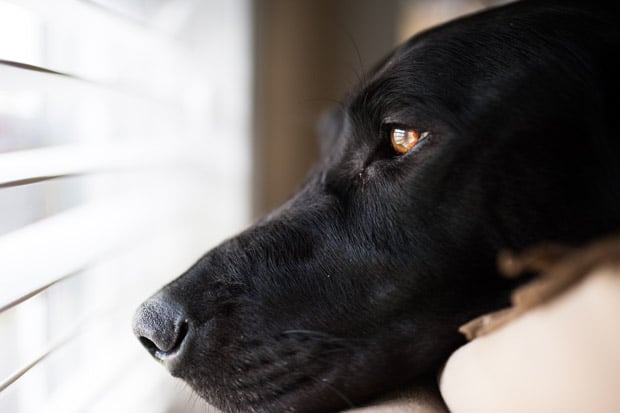 Some reviewers have gone so far as to call the 35mm “leagues ahead of the Zeiss and Nikon” in sharpness. This, above all else, is most important if you’re shopping with the future in mind.

If you’re planning to plop this lens on your 12-24MP camera now and on the 36-48 megapixel monsters down the road, fear not, you may be better off with this Sigma than a Nikon or Canon equivalent in terms of optical lens quality and how it will hold up on the higher megapixel cameras in the future. 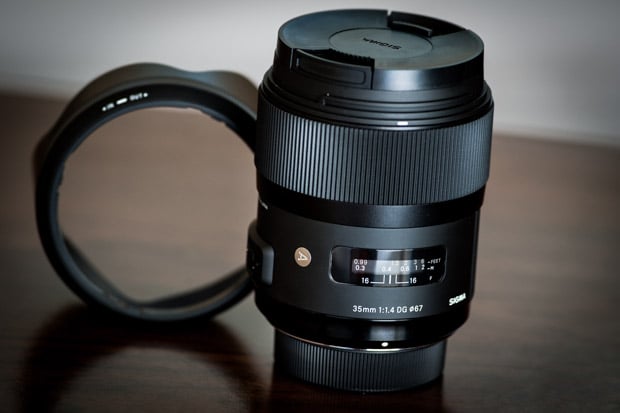 Tackling some of those judgements I’d made: the plastic… Ugh. No way through it. It is most definitely plastic. You’d think this would be horrible but you would be wrong. I do feel like the barrel can withstand quite a few knocks without showing any indication of the hardships endured, and the plastic body is much better than Sigmas of the past. 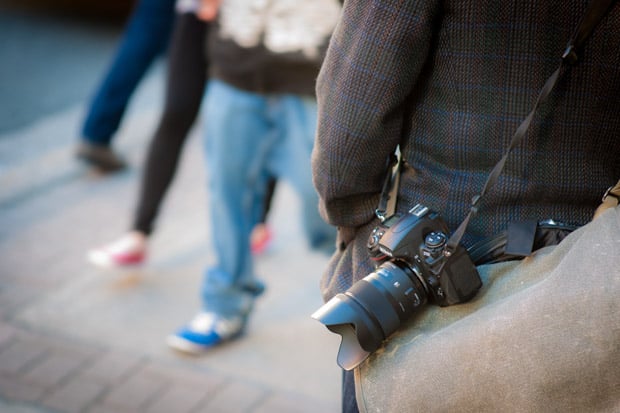 A 35mm f/1.4 can only be so light, and this Sigma is tolerable. I wouldn’t call it perfect, but on a D700 and the D3 the weight balance — front element to rear LCD — was nice. With my left hand on the barrel it immediately felt right at home. It is however, heavier then both the Nikon and Canon counterparts.

The weight of the focus control is fantastic. Wonderful for quick pulls on the occasional video or even precise manual focus usage. No rusty zippers, yet there’s just enough hesitation to prevent accidental focus pushing even in the thickest of mosh pits.

It’s quick. When street shooting with auto focus for quick grabs of people as they passed — both during the day and at night — it was snappy. This was not only a pleasant surprise but an area where a failure would nix any chance this lens had of getting my hard earned dollars.

On the topic of focus, I did experience the same issue reported on message boards describing completely back focused photos when using the outer edge focal points. Essentially, it’s as though the lens ignores the fact you’ve moved the focus point and maintains the idea that it’s still in focus from however it was last used. To me this feels like an electronics issue, and I suspect easily fixed with a firmware update via the Sigma USB dock (or a brown UPS truck).

It’s quiet… err… sort of. Noisy lenses are a nuisance and a hindrance to good photo making. It pleased me to hear (or not hear) how quiet this Sigma 35mm is. I say ‘sort of’ because the copy I tested has a rather noticeable but intermittent squeak. Let’s call it “The Sigma Focus Warning System.” It was on by default with no way to disable it:

I suspect a screw came loose during shipping. Perhaps this is simply a quality control issue — remember that purebred to mutt analogy from earlier? — and the root cause of the outer edge focus point problem. Who knows and either way, having a focusing issue like this with a $900 leaves me little confidence. Peeping the screen is nice post-shot, but it shouldn’t be required to defeat a focusing issue.

The AF/M selector has a definitive snap about it and doesn’t rattle. If it loosens up in the future, put some tape on it.

The distance scale’s feet markings are a darkish grey, so much that in low light conditions they virtually disappear. I’m not sure what Sigma had in mind. My guess? There was a sale on grey paint.

The jury is still out as to whether or not this is a bokeh monster. There are those who complain, but there’s always complainers. I tried to shoot a lot of pictures wide open so you guys/gals would have a good idea of what to expect. Personally, I have no complaints and would be more then satisfied with its bokeh quality for professional work. 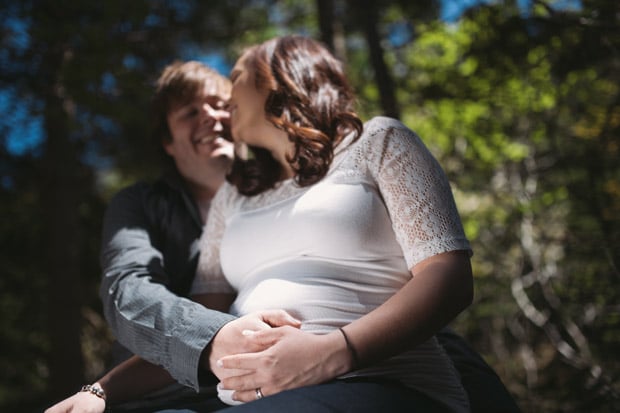 If I were a Canon shooter, I’d have a harder decision to make than a Nikon user would — do I plunk down the extra few hundred for the Canon 35mm f/1.4 L or not? If you are going to own it over five years, your dollar per day of ownership for the Siggy is about 50 cents a day versus nearly 70 cents for the Canon.

For the record it’s almost 90 cents per day for the Nikon. As a Nikon shooter though, if I were in the “I rarely need this focal length” category, consideration has to be given to the 35mm f/2… better DOF scale for street, much cheaper, lighter, smaller, has f-stop control on the lens, meaning I can use it on my old Nikon film bodies. Put it in my bag and forget it.

The allure of the f/1.4 is great however, and for the extra $500 getting that much more light to my sensor and the narrower DOF is a draw. And by the way, have I said the Sigma is sharp? The Sigma will blow the older 35 f/2 out of the water. 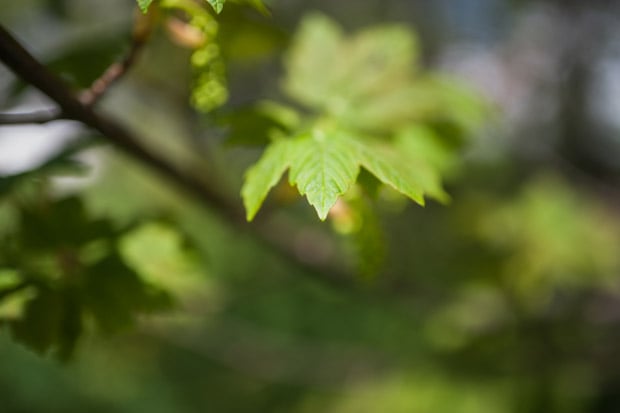 The 35mm has a 67mm filter thread. Now I need to have a step up ring to manage my standard 77mm filters, breaking the ability to use the hood. Nikon’s 35mm f/1.4 is also 67mm, and Canon is 72mm. But hey, I’m not using that hood anyway. That said, I shot this once with not one but two filters stacked and barely detected a hint of vignetting. What I did see could just be the light falloff I mentioned above.

I tested the lens on a Nikon mount, but Sigma has it in Canon, Sony, Pentax, and (of course) Sigma flavors too. With the other brands in mind, you should know the lens cap doesn’t suck — in a pinch-cap form, the lens cap is on par with the others. The hood feels like a brittle petal shaped piece of plastic, and I can’t see anyone who uses their gear vigorously not having a broken lens hood after a few months. It’ll stay in the box.

Sigma has really stepped their game by launching this great lens at a killer price. $899 for a 35mm 1.4 SLR lens — wow. It should be compared side-by-side to any 35mm for anyone making that purchase.

I said “this isn’t the best 35mm you’ll ever lay your paws on,” and I might be right — there is room for improvement, but just barely. The optical characteristics of this lens, the focusing speed and aesthetics (Zeiss anyone?) are wonderful. While the 67mm thread is an inconvenience to me, there are an awful lot of people who never ever use filters anyway.

The back focusing issue with outer edge focal points is mostly confined to a small number of bodies (D700, D600, D800 and my D3) and likely, most will not experience it in everyday use.

I’d have a hard time giving this lens up for the more expensive Nikon and Canon equivalents. Given that it certainly has the feel of a professional lens and the optical quality to go along with it, I think the Sigma 35mm f/1.4 definitely has a place in my bag.

Update: Sigma confirmed with us that the lens had been checked over and tested to confirm it was in good working order before the courier picked it up and we all came to the agreement that it had taken a bit of a knock in shipping. The box did have an indentation on it, that in my experience — from working at a the post office years ago — is indicative of box abuse.

The good people at Sigma suggested that the squeaking was a sign that a screw had come loose and that loose screw was the root of the back focusing issues we’d experienced. The second lens Sigma loaned us had no issue whatsoever. It didn’t squeak, nor did it have any focusing problems, so the lesson here has to be: cherry pick your lenses.

How the Internet Killed Photojournalism