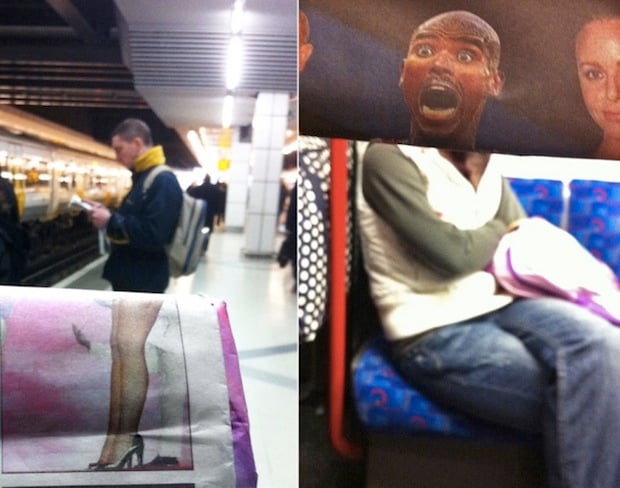 The New York Daily News reports that an anonymous commuter has decided to improve his boring ride to work everyday in a very unique way: newspaper photobombs. The paper won’t reveal who the photographer behind the pics is, but he or she has made quite a splash using forced perspective photography to make fellow commuters look downright hilarious.

From the Queen, to David Beckham, to Leonardo da Vinci, to dogs and babies, everybody on the way to work takes on a more comical appearance thanks to that day’s paper. Here are a few of our favorite examples: 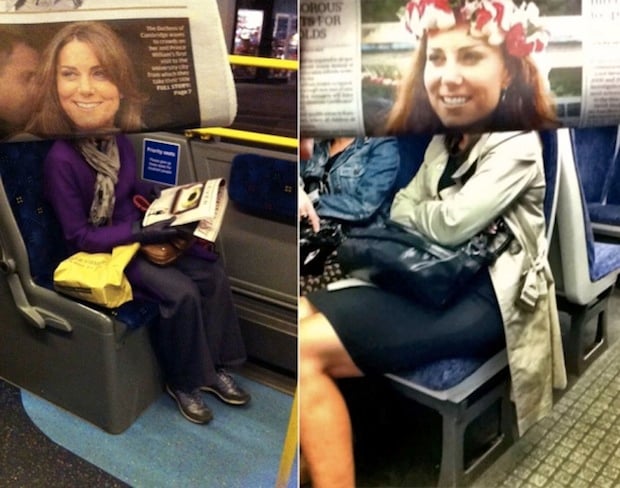 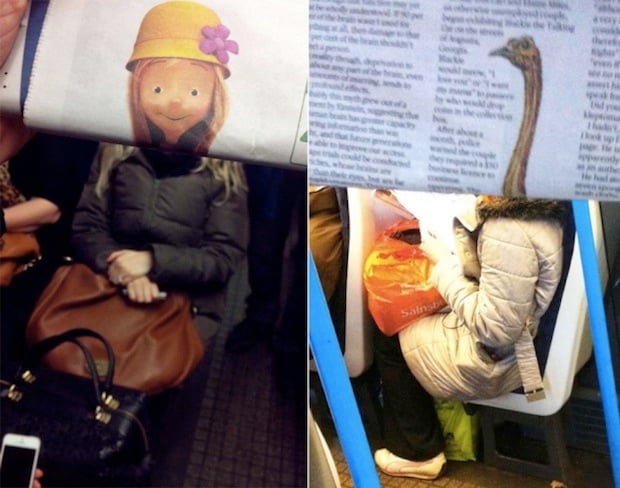 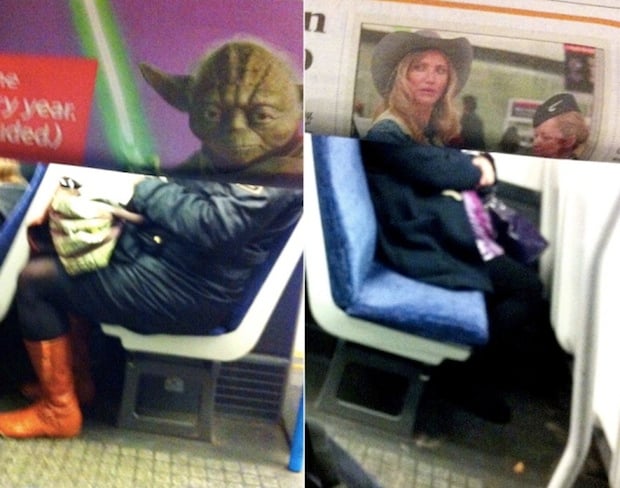 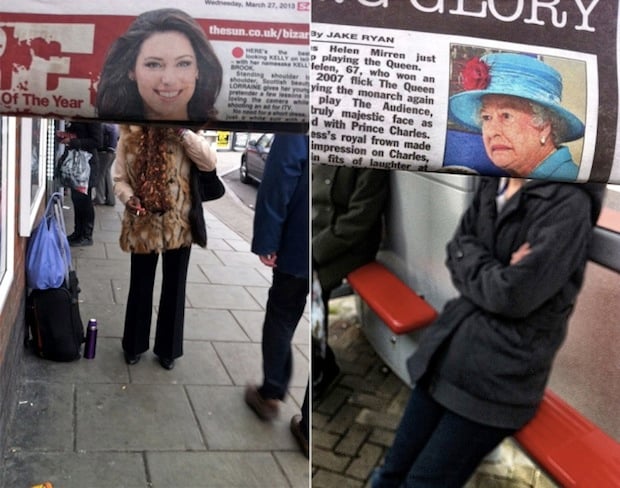 It may seem like a silly idea, but it’s worth a try the next time you’re stuck waiting for the subway on the way to work. Head over to the New York Daily News to see the entire photobomb gallery.

(via New York Daily News via The Phoblographer)

Vine is Exploding, and People Are Starting to Take It Very, Very Seriously