Tamayo was surprised and amused by the sudden appearance of a giant bird head near him on the screen. 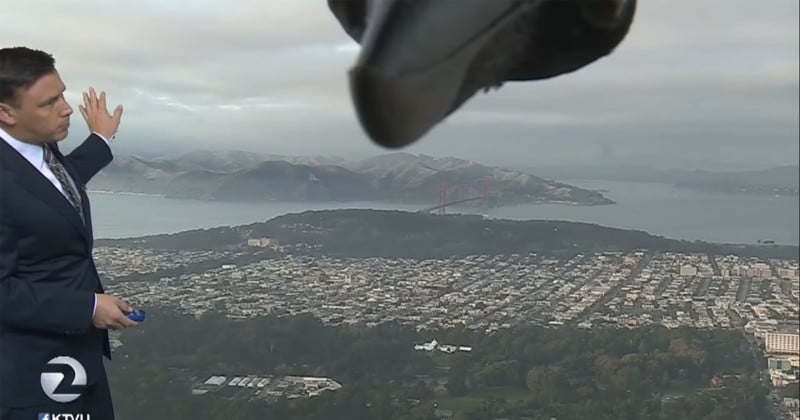 “He’s totally checking out the camera, Mark” one of the anchors remarks. Tamayo later thanked the bird for entering the picture and adding a little character to the report.

Was a little speechless when this guy flew into the picture. Big thanks to this bird for adding some character to the forecast pic.twitter.com/KcgTXqCs87

In 2016, traffic cameras managed to capture viral photos of a speeding bird and a snowy owl in flight.

(via KTVU via Laughing Squid)

The Effects of Different Light Modifiers on Studio Lighting