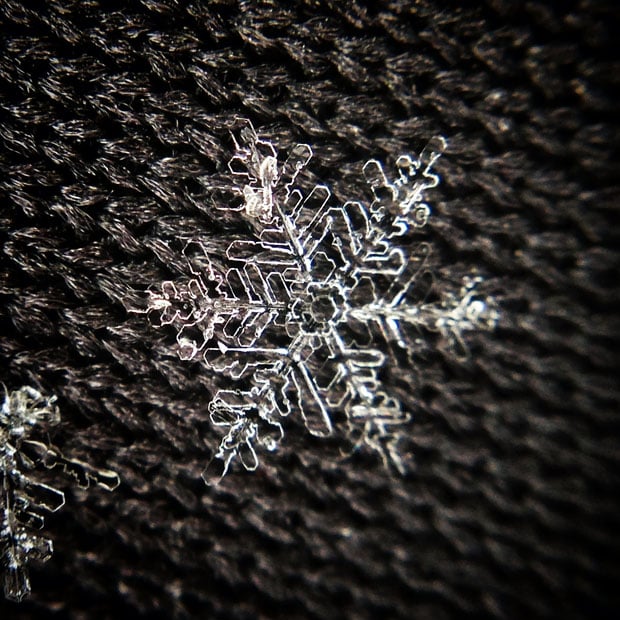 Photo enthusiast Ben Woodworth shot these snowflake photographs using his iPhone 5 and a tiny macro lens he purchased for $5 online.

The photos required almost no setup time: Woodworth shot them while he was outdoors in Utah’s backcountry, when he noticed snowflakes landing on his dark backpack. The pack served as a backdrop, as Woodworth pulled out his smartphone and lens and began snapping away.

In terms of post-processing, the photographs were loaded into Snapseed and had their contrast and sharpness boosted slightly. 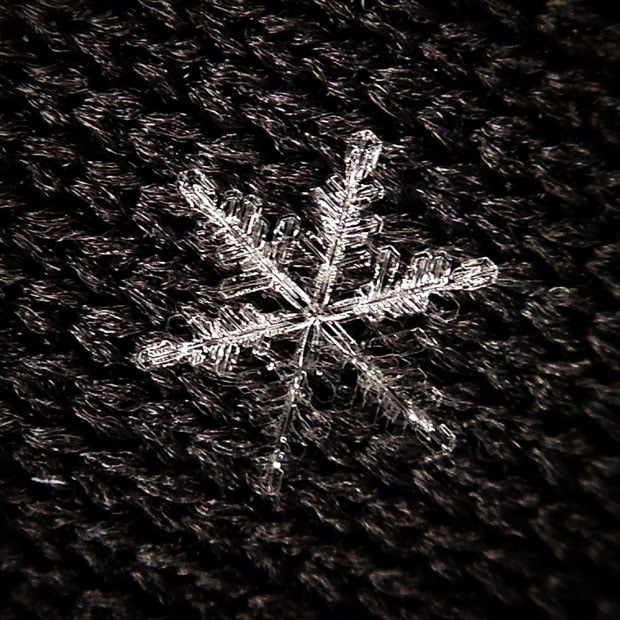 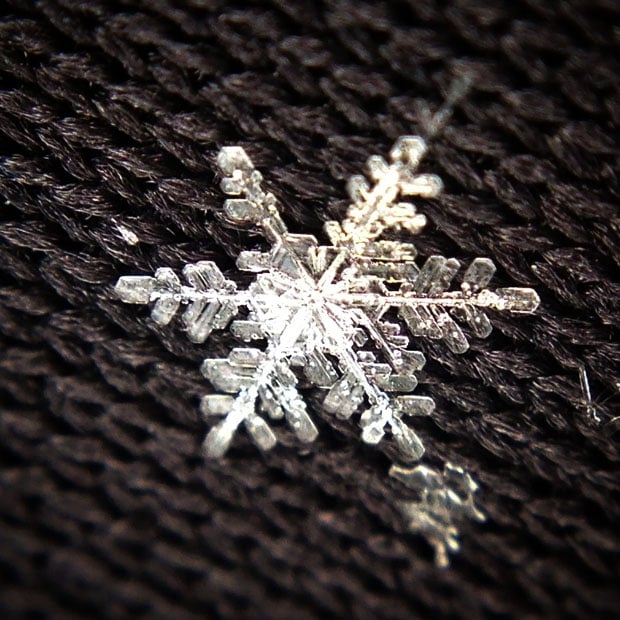 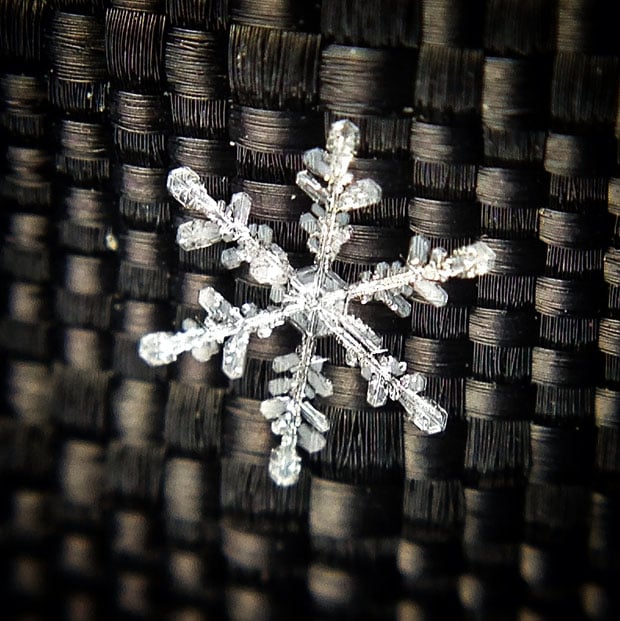 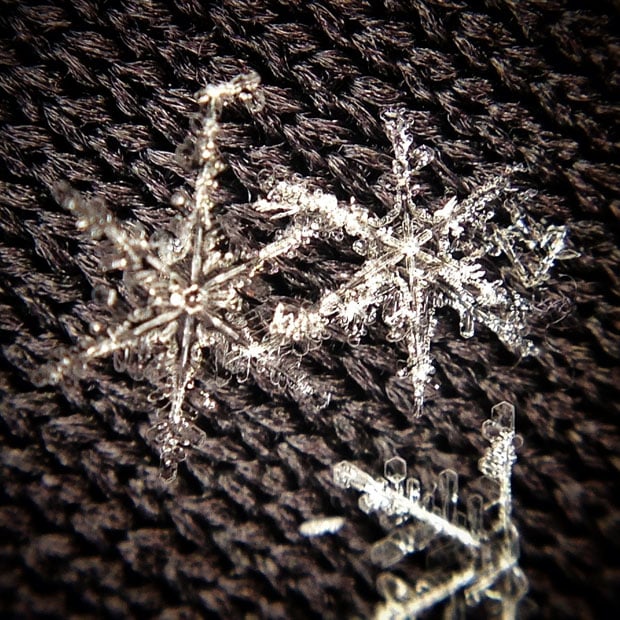 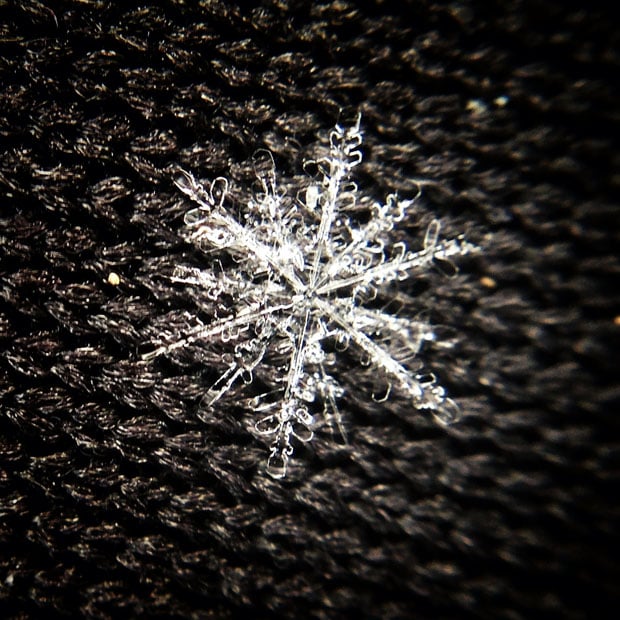 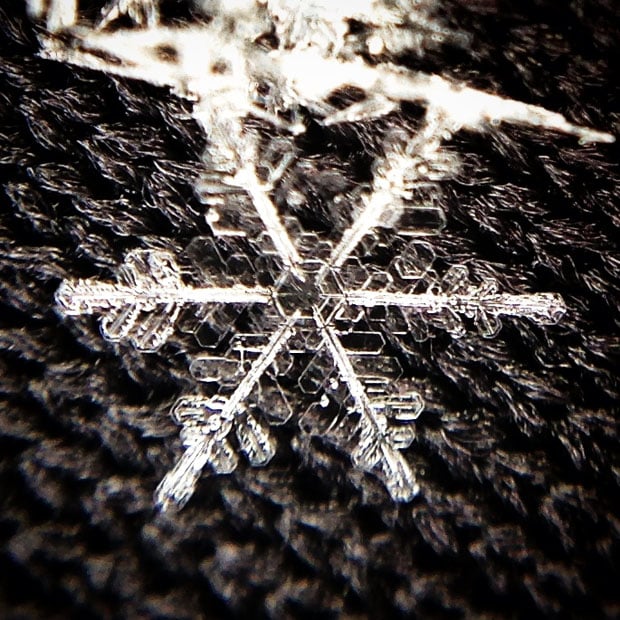 You can find more of Woodworth’s photos of his outdoor adventures over on his Instagram page.

Image credits: Photographs by Ben Woodworth and used with permission

David Hobby Purchased the First Fujifilm X100S to Be Sold, and He Loves It