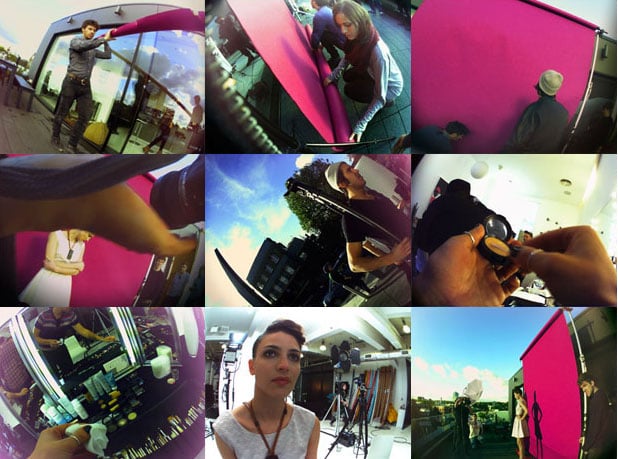 One of the big emerging ideas in the camera world is the idea of wearable cameras that automatically capture your memories for you. Memoto is the wearable camera project that caused the biggest splash in 2012, but a month before it was announced, there was another camera that made a quieter entrance. It was the Autographer, a camera shaped like a pack of gum that uses a number of different sensors to intelligently snap photos during interesting moments in your life.

To demonstrate its potential for documenting life’s memories, the company asked renowned photographer Rankin to document a photo shoot using its prototype cameras.

Rankin was given 15 Autographer cameras, which he distributed to various people involved in the photo shoot (e.g. assistants, models, makeup artists, and crew). The photographer also wore one himself.

The cameras snapped point-of-view photos throughout the shoot, capturing everything that transpired from multiple perspectives — something that you generally don’t get to see.

Here’s the video that resulted, which rapidly steps through many of the photographs captured by the 15 cameras:

Here are a few of the photos that resulted from the shoot: 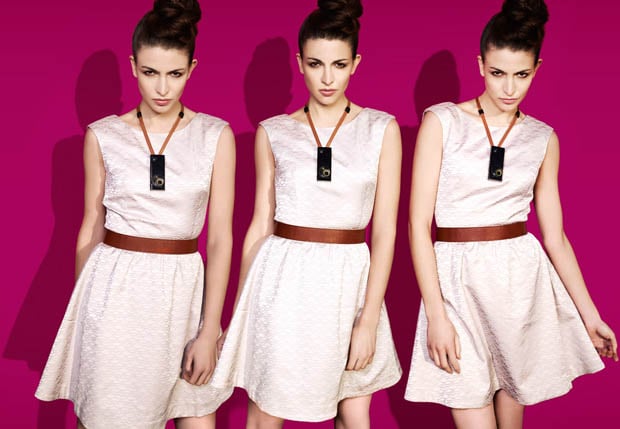 The image quality of wearable cameras may be pretty crummy now, but that’s what people said about cell phone cameras just a handful of years ago. When the quality catches up to other consumer cameras, these auto-snappers will definitely shake up how memories are captured, stored, and shared.

Check out the Autographer website to learn more about the camera.