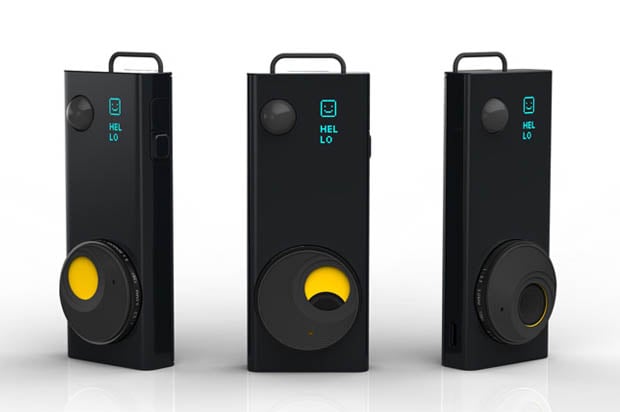 Watch out Google Glass: you’ve got competition in the life-documenting game. Autographer is an upcoming camera that’s designed to document your life in photographs without you having to raise a finger. It’s a fancy wearable camera that uses algorithms and five built-in sensors to make decisions on when to snap pictures. It can snap up to 2,000 high-resolution photos of the course of a single day, giving you a visual record of your life experiences. 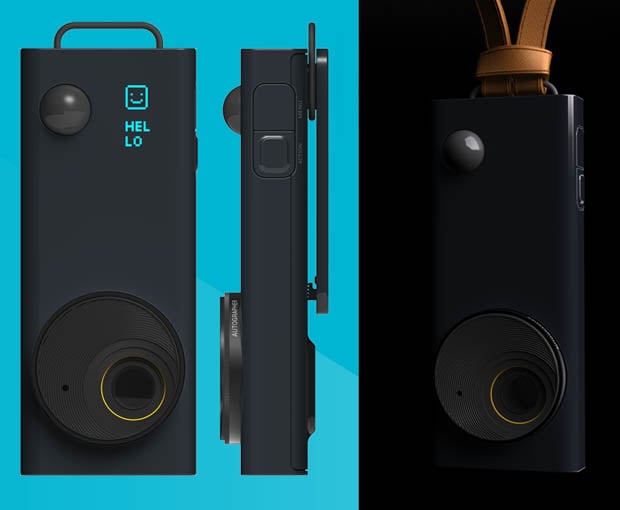 The camera can be worn around the neck or attached to one’s clothing, and effectively acts as a stop-motion/time-lapse camera when brought along for everyday activities. There are two buttons on the side for controlling the OLED screen and for manually snapping a photo. The screen has indicators and settings for charge level, memory capacity, airplane mode, sensor sensitivity, and phone pairing.

On the front is a 136-degree wide-angle lens that’s designed to mimic the human eye’s field of view, capturing your life as you see it (albeit, from a slightly different vantage point). 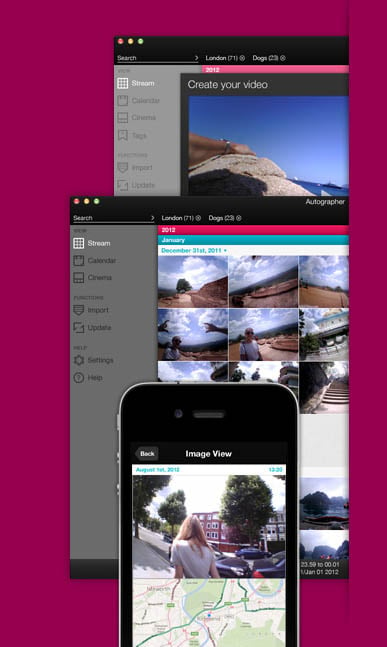 Once your life is stored in pixels, you can use the Autographer’s custom software and app to manage and work with them. A special smartphone app connects to the device via Bluetooth for previewing, browsing, and sharing your photos. Special desktop software lets you browse through your memories — much like the Pensieve in Harry Potter — and do fun things with them (e.g. create animated GIFs or stop-motion videos).

The Autographer hit stores in the UK in November for £399, or around $650. It may be released in the US and in Japan shortly afterward.

Update: DPReview says that the Autographer is “a slimmed down, higher spec, consumer-friendly version of the Vicon Revue“.