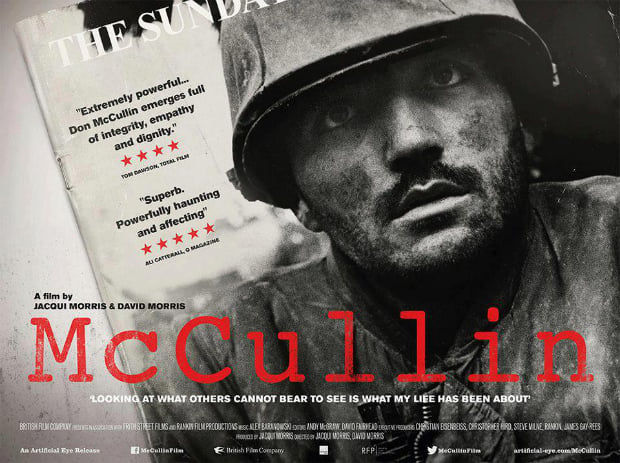 Don McCullin is known the world over for his incredible work as a photojournalist. His powerful and moving photography of devastation and suffering in Cyprus, The Congo, Vietnam and many others have won him worldwide acclaim as one of the greatest ever.

And now, for those who don’t know about his life’s work, or really anybody who wants to see what being one of the most prolific (and perhaps most haunted) photojournalists of our time means, the documentary ‘McCullin’ is here to fill you in.

Don McCullin began his career in the 1950’s, and over the years has been witness to more tragedy than many of us could imagine. Having grown up in a rough part of London, he knew what it was to look at the parts of the world that others preferred to ignore, and so naturally, his photography became about just that: photographing hard to face realities.

His career as a photojournalist took him all over the world, covering all manner of atrocities. And over the course of that career he made a name for himself as a photographer whose work you couldn’t ignore. Once, he was even famously saved by his camera when it absorbed a bullet that was meant for him. As photojournalists go, Don McCullin has a more gripping tale than most.

The documentary released on January 1st in the UK to glowing reviews after seeing its world premier in April 2012 at the HotDocs festival in Toronto. No word on if/when it will release in the United States (digitally or otherwise), but be sure we’ll keep an eye out because this is an absolute must see.