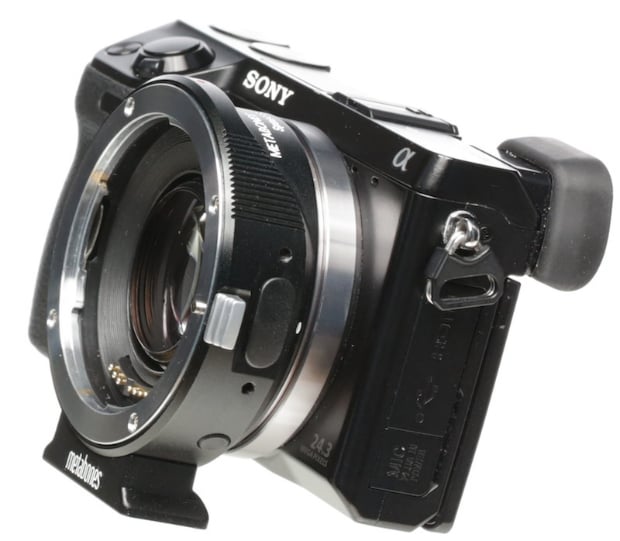 When we first shared the news that Metabones had announced a “speed booster” adapter that makes your lenses faster, wider and sharper, not a lot of people had gotten their hands on it yet. But now that the most exciting accessory on the block has been accepted as definitely NOT an elaborate April Fools joke, a few websites have taken turns with it, and initial reviews all seem to be positive.

The Metabones Speed Booster adapter brings the full frame look to Sony mirrorless APS-C and Super 35mm E-mount. (Indeed it will bring the Super 35mm look to Micro Four Thirds but not until March)… It would appear the full frame sensor is now rather pointless. Is there a catch, a trade off in image quality?

As it turns out, no… there isn’t much of one. Sure, corner sharpness suffers a bit, but the change (depending on your lens) is negligible, and the benefits far outweigh the cons. You can read EOSHD’s entire review here, and check out the sample footage they shot in the video below. It’s especially impressive just how noticeable that extra stop of light really is:

Where EOSHD took a “real world” look at the speed booster’s performance, LensRentals’ published a review that’s more lab focused. Here’s a sample image from their review, with 100% crops for your examining pleasure. 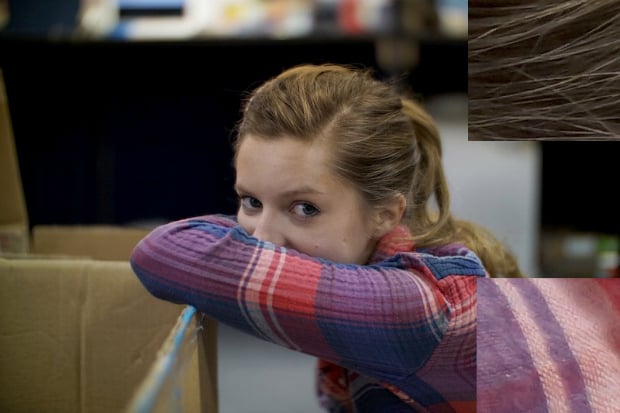 As with the EOSHD review, the speed booster didn’t come out perfect, but it came darn close. LensRentals’ Roger Cicala found a little bit of astigmatism in the corners, and some highlight blooming at very wide apertures, but was overall impressed even though he came into it expecting the worst:

I think it was pretty obvious that I came armed for battle, ready to slam this product as some marketing overhype. I was wrong less correct than I might have been. The Speed Booster does what they claimed it would do, much to my shock and surprise. It creates a wider-angle, greater aperture lens while retaining resolution and acutance […]

It is going to take a while and a lot of people experimenting before we find out what combinations of lenses and cameras are awesome with it, which are fairly good, and which fairly bad. They won’t all be the same. But I suspect most of them are going to be pretty good. And this is going to be a very useful tool.

It looks like the Metabones Speed Booster is not nearly as “too good to be true” as it at first seemed.