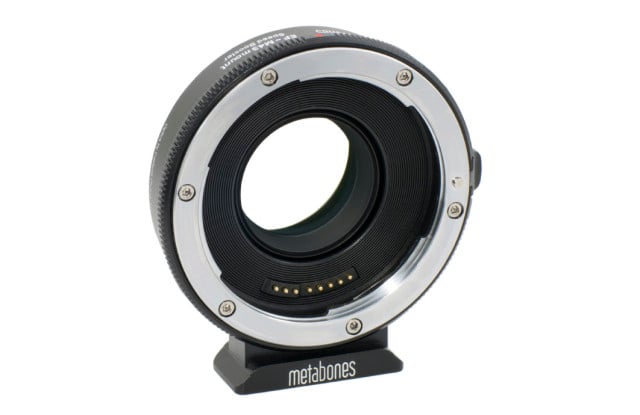 Metabones already has an impressive lineup of Speed Boosters — the lens adapters that can bypass crop factors, increase maximum aperture and more — but they made headlines yesterday when they added a much sought-after adapter to the lineup: the Canon EF to Micro Four-Thirds model.

This new addition to Metabones’ collection will effectively allow Micro Four-Thirds cameras, such as the 4K capable Panasonic GH4, to easily accept Canon EF mount glass and maintain the field of view of a Super 35mm camera. And, as is the case with all speed boosters, it increases the lens’ maximum aperture by one stop.

Below is a short preview of what you can expect out of this new model when used with a GH4. It was shot by Andrew Reid from EOSHD, who managed to get his hands on a prototype:

The new adapter is already up on the Metabones website for $600, though it isn’t officially shipping yet. And while it’s by no means cheap, we imagine many Canon-toting creatives with a thing for MFT cameras will be lusting after it.