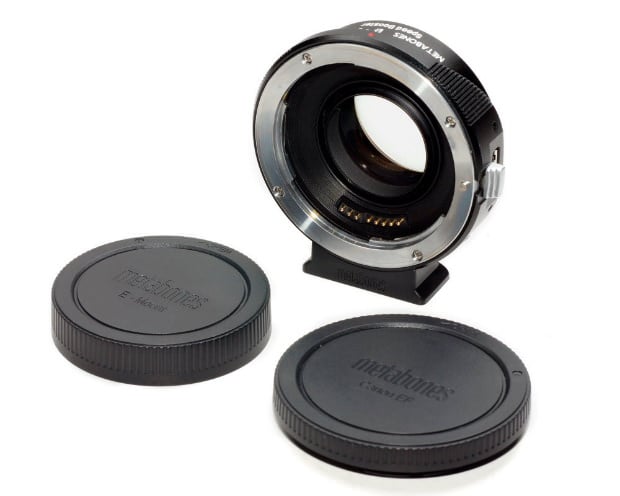 If you read the title and thought “huh?” you’re not the only one. Hearing that an adapter can actually make your lenses faster and wider sounds a bit like photography science fiction, but it’s true and it’s getting some serious attention online — it’s Metabones’ new Speed Booster.

If you want to get into the nitty gritty details of how it works you can find the whole white paper here. The TL;DR version, however, goes something like this:

When you attach a full-frame lens to the adapter, it will give your mirrorless’ APS-C or MFT sensor nearly full-frame coverage out of that lens, while increasing the amount of light hitting the sensor by one stop. So a 50mm f/1.4 effectively becomes a 35mm f/1.0. 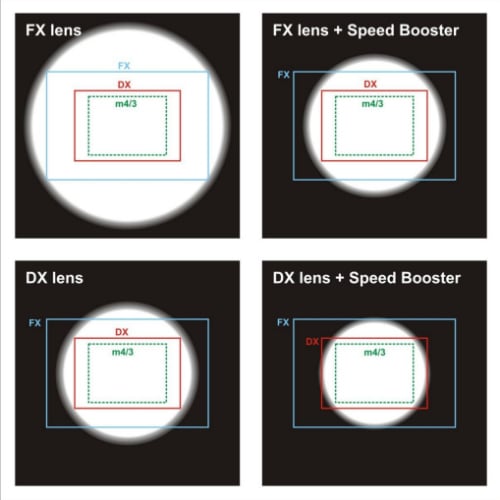 Because of the way the adapter works you’ll have to use full-frame lenses if you’re using a Sony NEX body. However, Micro Four Thirds speed boosters are also in the works, and those sensors are small enough that you can attach EF-S or DX lenses to the other side.

The Speed Booster will cost you $600, and should be available starting sometime this month. The EF to E-Mount Speed Booster is already up for pre-order; however, speed boosters should releasing shortly for both Canon EF and Nikon FX lenses adapting to both E-Mount and Micro Four Thirds systems.

Photos of Locations Where Geotagged Tweets Were Sent

Photographer Took One Photo Every Day for Eighteen Years