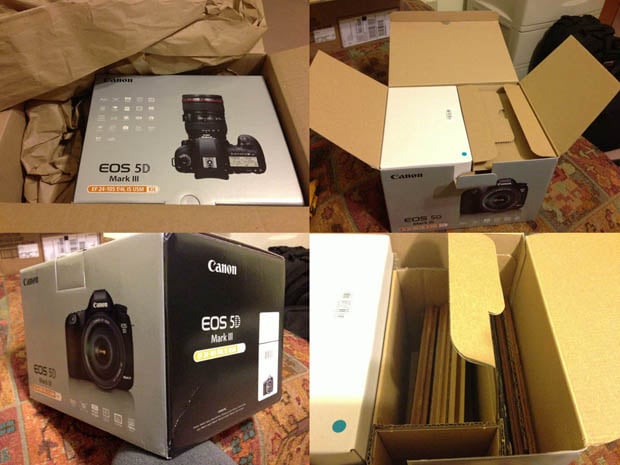 You know that feeling of extreme excitement when an Internet package arrives in the mail? That’s what a guy named Jalal felt recently after ordering a Canon 5D Mark III and 24-105mm f/4L kit from Dell.com. Unfortunately for him, what he received wasn’t quite what he had expected.

Rewinding a bit… After a six year stint with the Canon 30D, Jalal had decided it was time to upgrade. After looking at prices online, he visited Dell.com to see if they could price match some online pricing.

They came close and so I decided to order the 5D3 Kit with EF 24-105mm f/4L IS. Place my order over the phone… I start opening the box and [documented] every step of the way. Extreme high, to bitter sad low.

You’ll understand the roller-coaster of emotions Jalal experienced as he captured the unboxing event using his iPhone 5. Here’s what he experienced as seen through his snapshots: 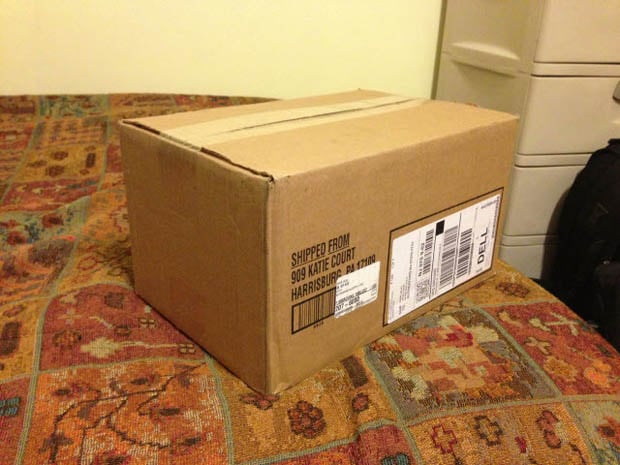 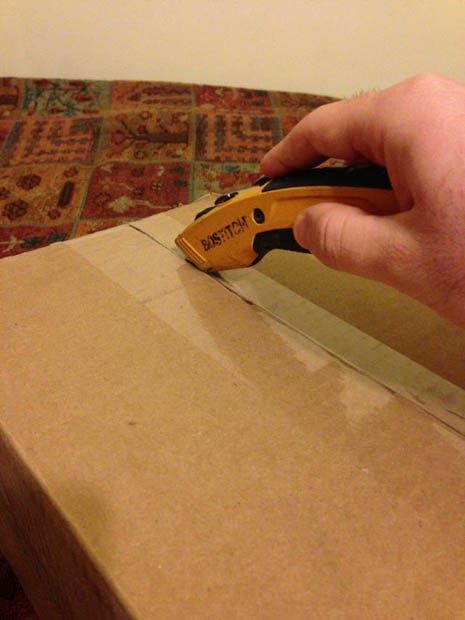 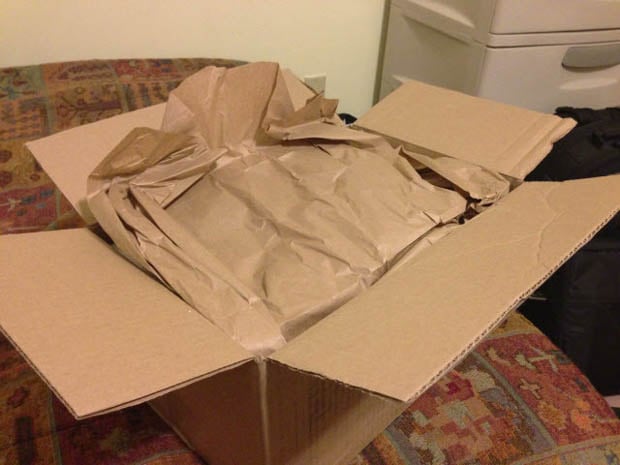 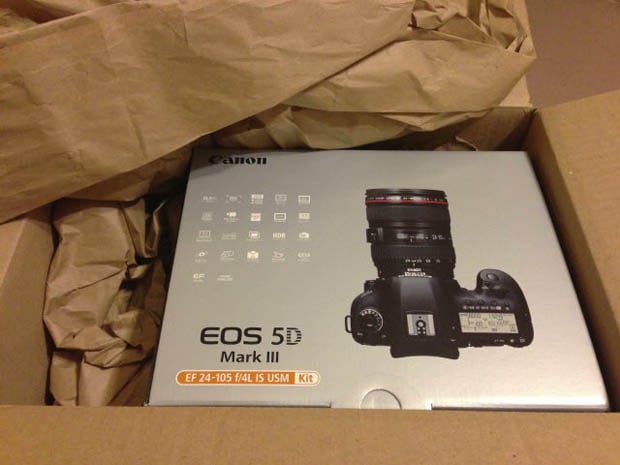 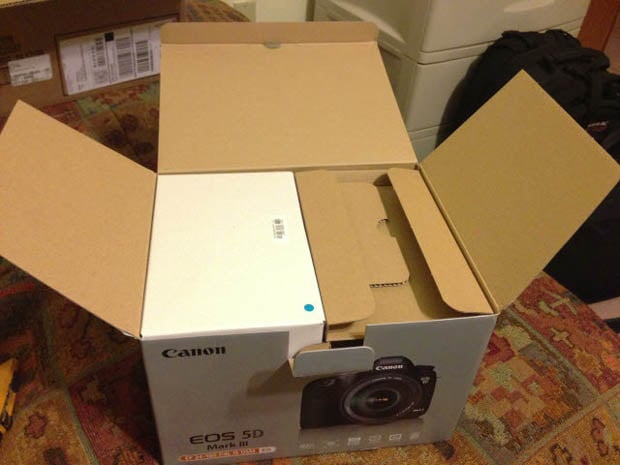 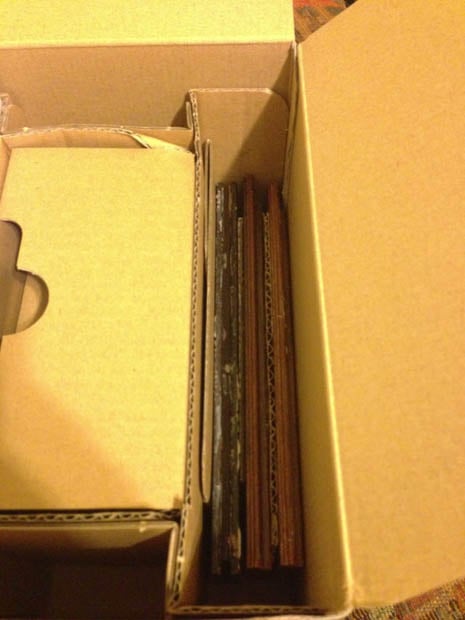 Here’s what happened in Jalal’s own words:

I wanted to share you with my purchase experience with Dell.com.

I was in the market for a new camera. I’ve been shooting with a Canon EOS 30D for 6 years, and I’m looking to get more serious with my photography and wanted to invest in something I could love for at least another 6 years. After hitting up my local camera stores I decided on a Canon EOS 5D Mark III kit with the EF 24-105mm f/4L IS lens.

I have been a Dell customer for 11 years and have a Dell Preferred Account which is a line of credit.

On January 4th, 2013, I called up Dell Customer Service to see if they would price match their 5D3 kit with other online retailers, Best Buy, B&H, and Amazon. They only could bring the price down by $200, but given that I wanted/needed the camera, I told them ok, and had them order it for me.

Dell’s customer care team is completely based out of India.

January 8th comes around, the package arrives and I’m overly excited – it finally feels like Christmas. I’ve made it a habit of taking photos as I unbox large purchases because you never know what you’re going to find. But also because I’m a giant geek. Everything is packaged perfectly and looks great. I cut open the shipping box, pull out the camera box and start to unbox it… what do I find? Wood flooring. Perfectly cut and glued together to fit the compartments of the box. No camera, not accessories, no booklets, nothing. Wood mother effin flooring! I was dejected. I went from a super high to a super low in a matter of seconds. There was definite humor in this. Quite frankly I was floored. Badoom pish!

I called up Dell customer care immediately but the department I needed to speak to was closed. The next morning, Wednesday, January 9th, I call up Dell and explained my situation. They tried to tell me Dell wasn’t to blame because they didn’t ship the item themselves. It was their distributors fault. I pointed out to Dell’s customer care that I purchased my product from Dell.com and they were the company that fulfilled my order. I wasn’t talking to their 3rd party distributor. After expressing my frustration they agreed to send me out a replacement. They wanted to make me wait a few days but I requested they should ship it next day air. I was dealing with a particular customer care representative that was to be my main point of contact. She said to give them 6 hours to get back to me which is around 4pm that afternoon. So I agreed. In that time I send 3 emails to my case manager and called her direct line several times to see if I could get updates on the situation – she was unavailable. 4pm came around and no one contacted me. I called up and spoke to a different rep who told me my order was in fact shipping overnight and he continued to give me my new order number and tracking info.

After hanging up I checked the tracking number on the FedEx website and it seems they submitted my new camera at 9am that morning! Six hours later after I hung up with Dell I received an email from my case manager with the exact information I received over the phone by someone else.

The morning of Thursday January 10th, I received a new replacement package via FedEx Priority Overnight. I opened it up, WOOD FLOORING AGAIN!!! 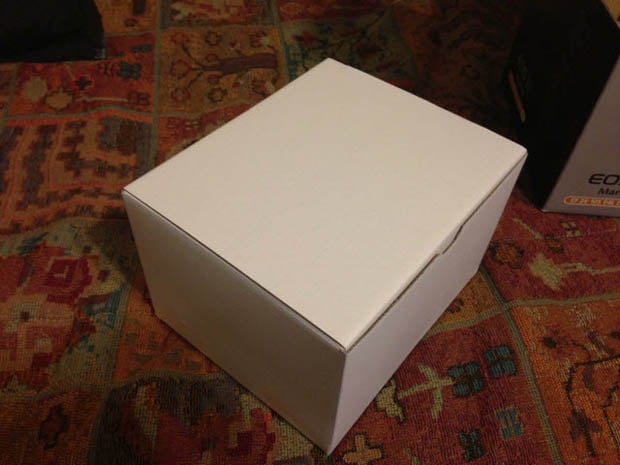 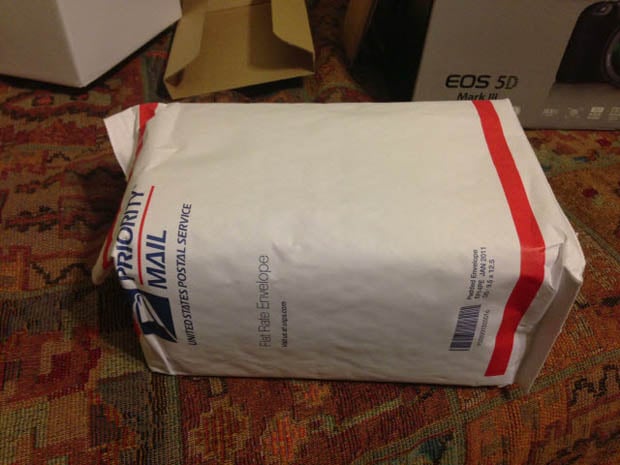 At this point I knew that their distribution center’s stock of Canon EOS 5D Mark III kits was compromised and the thieves probably cleaned house. I noticed both Canon boxes had clear circular stickers placed on the box flap, and after consulting with the members of an online Canon forum (which I was a member of) they indicated that Canon never uses stickers to seal their boxes and that it sometimes was done by the vendor.

I contacted Dell’s customer service once again, explained my situation and was told at this point since I received a replacement order and received wood again they would have to investigate this situation with their Fraud and Logistics teams. They would also contact and inform their distributor.

I expressed my extreme frustration and disappointment about receiving another piece of wood instead of my Canon 5D MKIII kit and the ongoing terrible customer service. Again, they tried to say it wasn’t Dell’s fault instead it was their distribution company that was to blame. Again I repeated it was a Dell transaction and they were responsible for everything. They couldn’t push it off on someone else. Their inability to keep tabs on their distributors was not my problem at the least. The shipping labels have all said DELL on them. Not XYZ.

Judging by the box, it looks like my camera was shipped from D&H Distributing Co.

Doing some research on the web brought up issues they have had with items shipped for other distributors. However the distributor in question wasn’t too blame. Fishy at best.

Friday rolls around and I contacted Dell again. Customer care told me they needed more time and they would contact me when they heard back from their various departments about the issue. I again explained my frustration with them. I began to explain some previous examples of my experience with them – I was promised a call on Monday 1/7 and didn’t receive a call. They also told me they’ll call the next day. I didn’t happen.

I got a call on Tuesday the 15th January and was told Dell had not heard back from their fraud team and their logistics team found nothing wrong. Further to this the distributor returned their email simply acknowledging the receipt of the news. Nothing more. They said they could try and send me another camera but they couldn’t be 100% sure that I wouldn’t receive wood again.

I asked them about the compensation and they said the most they could try to give me was a $100 coupon toward a future Dell.com purchase. I refused and told them I considered it an insult and a slap in the face. Especially with all the time and the frustration that I had to deal with. I asked to speak to someone higher up about the issue. I was extremely upset with this whole situation and what they were offering me. Some have said that I should be lucky to have even received that. I’d say that some don’t have very high standards and are easily toyed with.

It’s now Wednesday January 16th and I just got off the phone with a higher-up manager from Dell customer care. The absolute best they could offer me was $100 coupon towards a future purchase and that was the most they have ever offered customer. He asked me if he wanted Dell to send me the order and I promptly asked him to cancel my order. I will never be ordering or dealing with Dell again. After 11 years, my relationship with them as a consumer is over. I will make sure to spread this word and make sure that everyone knows what I have experienced.

Dell has not yet responded to our request for comment. We will update this post if/when they issue a statement.

Have any of you experienced anything similar when purchasing camera gear online?

Update: A Dell representative named Lionel has left a comment below saying that the company is now in touch with Jalal in order to resolve this issue.

About the author: Leigh Diprose is a photographer based in Perth, Western Australia. Visit his website here. This article was originally published here.