Emio Tomeoni often plays with his toddler son Xavier while his wife Stephanie is at work, due to her often irregular hours. Recently, he decided that instead of simply telling his wife what transpired over the course of a day, he would show her through pictures — many, many pictures.

Tomeoni set up a camera in the corner of his living room and created a time-lapse video of a day of their play, showing himself and Xavier moving about the room, tinkering with different toys and structures, and enjoying hours of loving merrymaking. 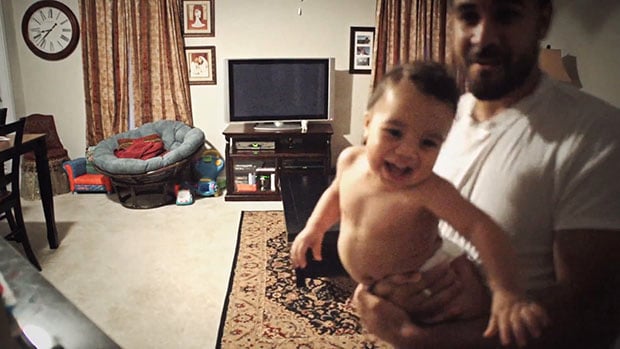 The video has since become a viral sensation, being viewed by millions on the web and being reported by media outlets around the world. Most viewers are agreeing on one thing: Xavier is pretty lucky to have a dad like Emio.

Observing vs. Participating: Behind the Camera