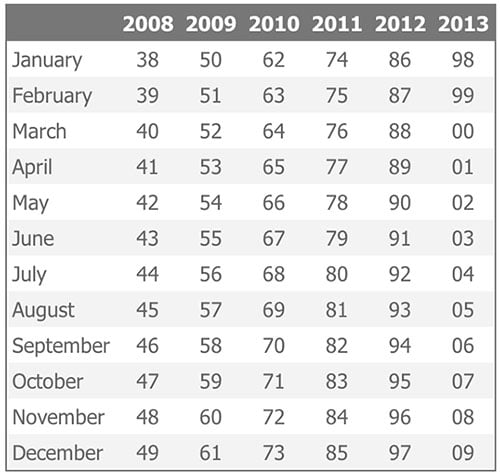 Canon has been putting a date code on its lenses since the 1960’s, but ever since 2008 the company has been transitioning to a 10-digit serial system, sans date code. At first this caused quite a stir, as many a conspiracy theory began popping up; but not to worry, the code is there, it’s just been incorporated into the new 10-digit system.


After taking a long hard look at the new system, The Digital Picture has managed to crack the code, and it looks like the first two digits are the key to figuring out when your lens was put together. The ten digit code can be broken down as DD C SSSSSSS. The first two give you the date, the third the batch (they think), and the remaining 7 make up the actual serial.

You can find the full guide to dating your Canon lens — be it using the old or new systems — here. For now the codes have held up, but given the new system, March of 2013 will either start over at 00 or move to a three digit date, displacing the batch number, shortening the serial, or lengthening the whole shebang. So keep an eye out, dating your Canon lens is about to get interesting… or at least as interesting as dating a lens could possibly get.

Determining the Age of a Canon Lens [The Digital Picture]