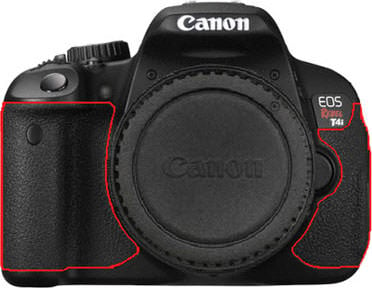 It doesn’t look like Canon’s T4i can catch a break lately. Just days after issuing a somewhat entertaining product advisory explaining why some Canon T4is were showing up as EOS Kiss X6is in EXIF data, Canon has had to issue yet another. This one, like the last, only affects certain serial numbers — in this case those with “1” as the sixth digit (e.g. xxxxx1xxxxxx) — but unlike the last, it could potentially be both harmful and aesthetically upsetting. 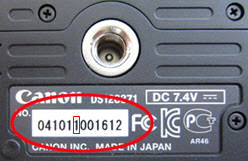 According to the official advisory, the affected T4is were made with an unnecessarily high amount of rubber accelerator. One chemical reaction later and you get Zinc bis (N,N’-dimethyldithiocarbamate), which will turn your black rubber grips white, and in rare cases could cause an allergic reaction. A free repair service is scheduled to launch mid July, but until then, if you’re one of the effected peoples, hang tight and register your T4i here so that Canon can let you know where to send your camera when the time comes.