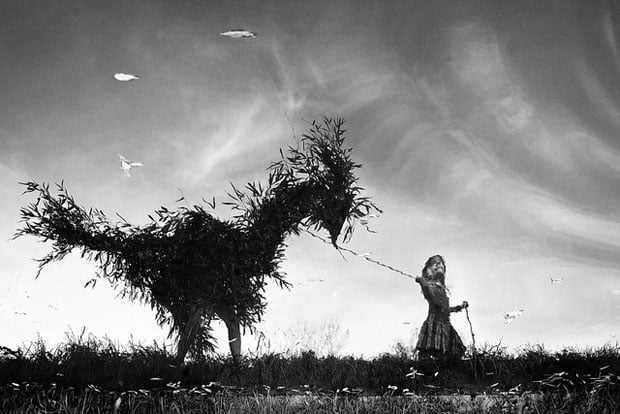 For his project titled Reflexion Autour du Bassin, French photographer Alain Laboile created fantasy photographs of his children, seen through the reflection of a small pond.

Each of the photographs tells a different story, whether it’s a shadowy figure shooting arrows at an apple in the water/sky, leaves being brought to life as wings and creatures, characters coming in contact with the real world by jumping into the water, or children playing with giant insects. 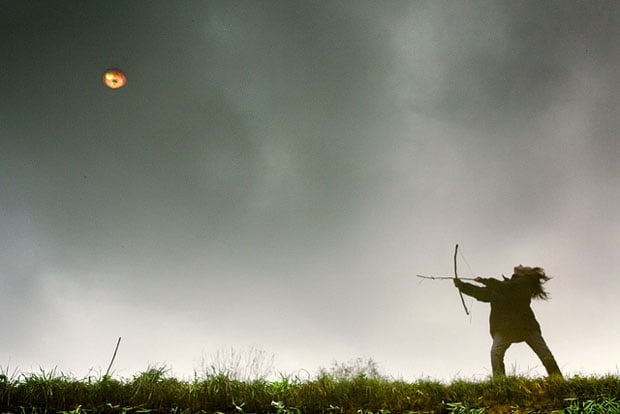 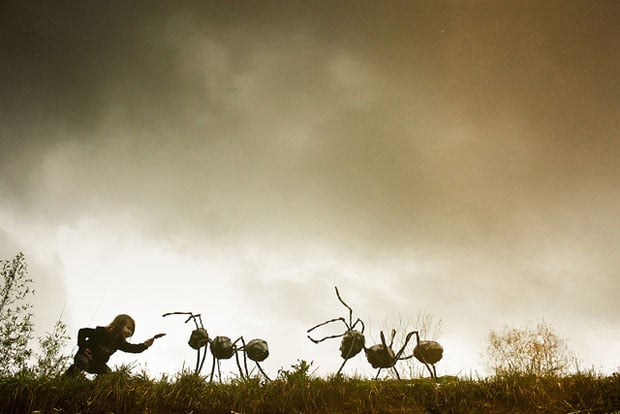 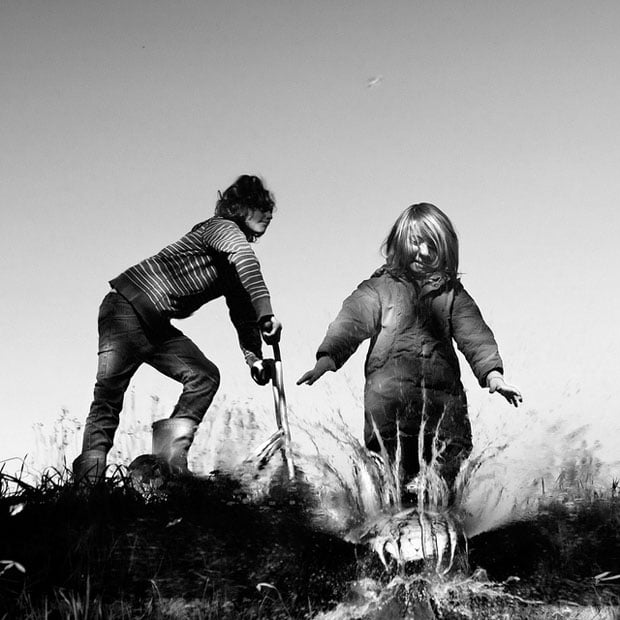 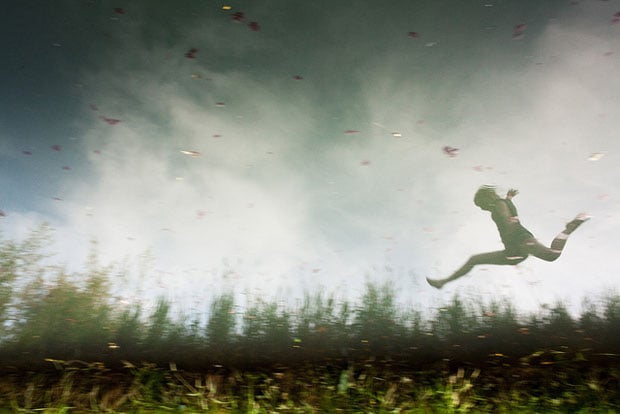 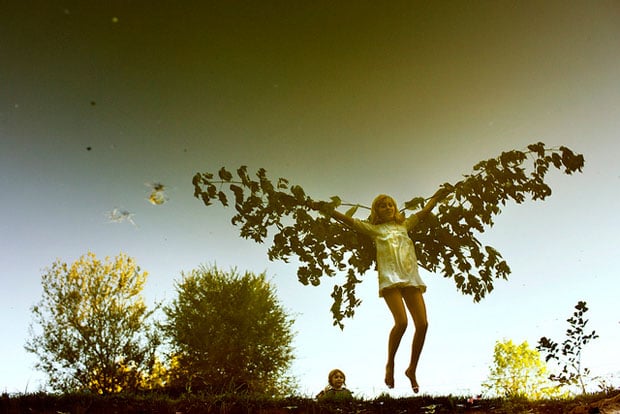 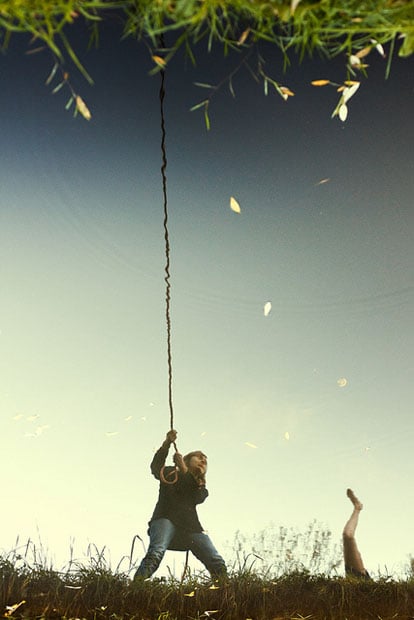 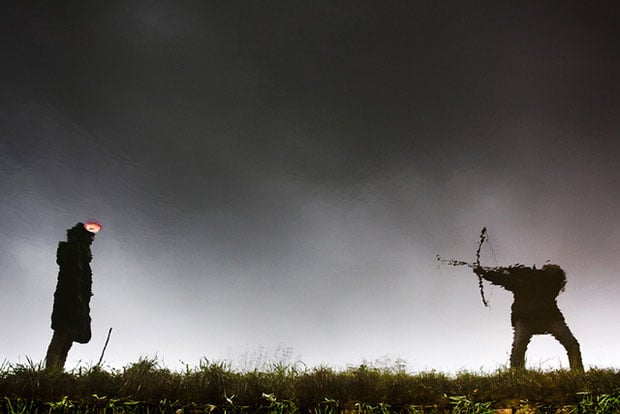 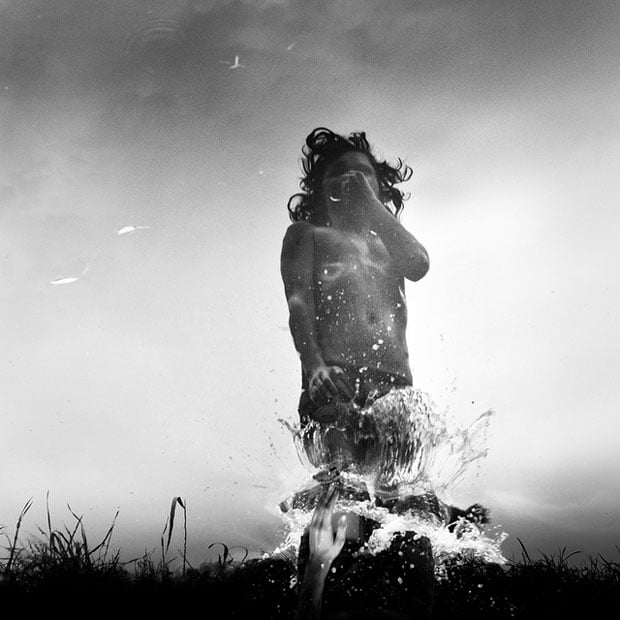 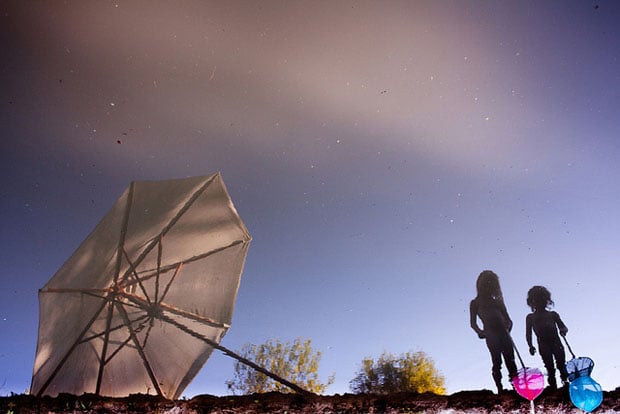 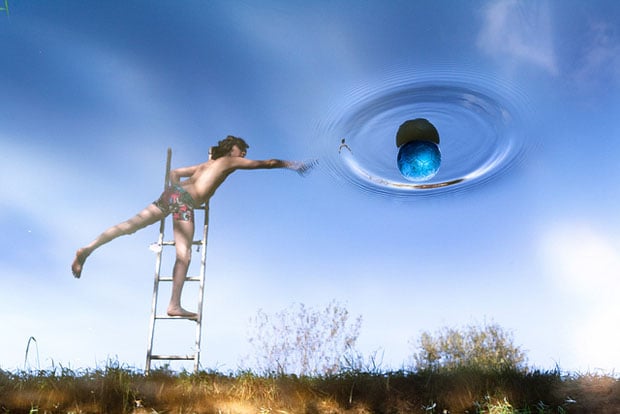 The New York Times’ Lens Blog published a profile of Laboile and his work today. They write,

A sculptor by trade, Mr. Laboile bought a small digital camera to photograph his work in 2004. He became interested in macro photography and later began documenting the children: Four girls […] and two boys […]

Theirs is a family photo album thrown before the world. Taken as a whole, the images do not evoke anything specific, so much as a feeling. Mr. Laboile’s constant presence has rendered his lens nearly invisible; the children continue their games, rarely acknowledging the camera. He never asks the children to pose, but if one of them doesn’t like a picture he has taken, he won’t publish it online.

In addition to these reflection photographs, Laboile also has a fantastic collection of candid photographs that offer glimpses into the lives of his children.

Amazon Listing Suggests Apple Aperture 3 Replacement May Be Nigh