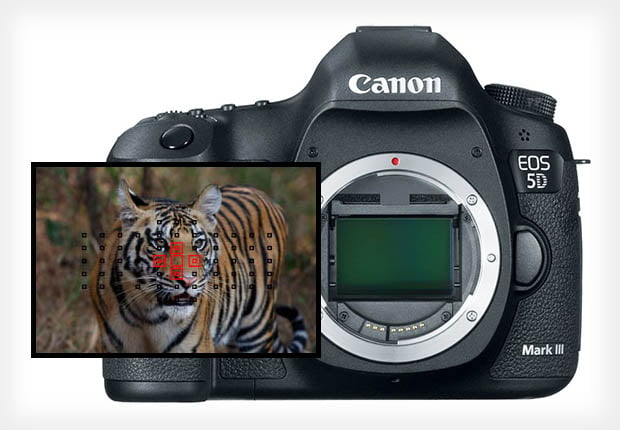 This past October, Canon addressed a big complaint photographers had about the 1D X by releasing a firmware update that introduced AF illumination (kinda) for shooting in dark environments. However, it wasn’t only 1D X users that were complaining about the AF point visibility… 5D Mark III users were — and are — as well. If you own a 5DMk3 and have been waiting patiently for your own AF update, there’s some good and bad news for you: Canon is reportedly working hard on the issue, but it might not be possible to implement the same feature given the way your camera is designed.

Here’s what Craig Blair over at Canon Rumors was told by a source regarding this:

They are testing that at the moment but don’t know if it is possible to implement. The former system had a different type of focusing screen and it was easy to handle because it had no reflection in the viewfinder. The new system, with the LCD screen inside the viewfinder is reflecting the red light back and this can affect the light metering system. In the EOS-1D X, the viewfinder box is bigger than in EOS 5D Mark III, which aids in making it possible and workable. In the EOS-1D X they alternate red illumination and metering, and this is why there is the red blinking. With the EOS 5D Mark III, they are testing it but they are not sure if they can make it operate in the same way.

Canon has already announced that a major firmware update is coming to the 5D Mark III next April, but this explains why that update so far hasn’t included an AF illumination fix.

Face/Off: A Demonstration of Futuristic Face Replacement in Video