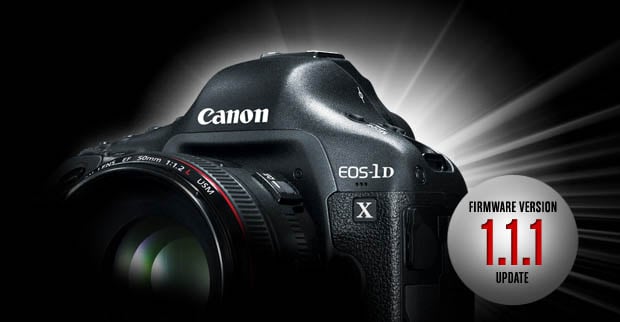 The Canon 1D X firmware update that Canon accidentally leaked yesterday is now official and available over on Canon’s website. The upgrade adds two autofocus features that photographers have been asking for since the camera was released: illuminated AF points and the ability to use cross-type autofocus at f/8. 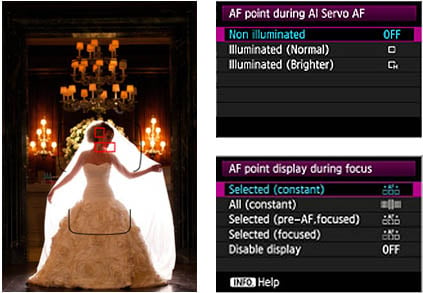 To support the needs of wedding, portrait, sports, wildlife, and theatrical performance photographers working in low light, AF points in the EOS-1D X’s viewfinder can now be illuminated in red with a half-press of the shutter in AI Servo AF mode, for easy viewing of the selected point. Illumination is intermittent, not continuous, and does not interfere with metering accuracy. Two brightness levels are available for the most suitable level of illumination in dark settings and illumination is fully compatible with the range of focus points and focus zone selection options on the EOS-1D X.

This doesn’t mean that the camera was magically changed into one that features LED-illuminated AF points instead of a side-lit LCD viewfinder. It just uses the existing red LED from the side to light up (read: flicker) your viewfinder info when you’re trying to focus in the dark. Not the nicest solution, especially for people upgrading from LED-illuminated points, but it works. 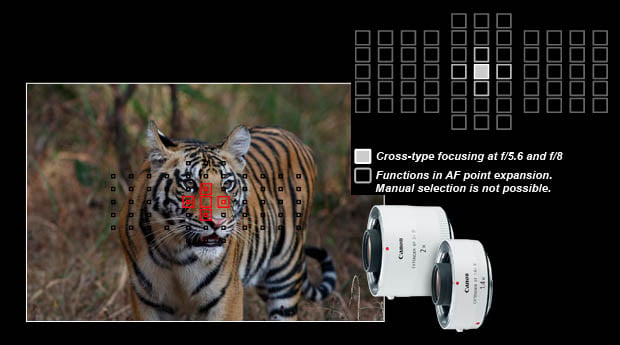 Ideal for wildlife photographers and others who often use Canon EF super-telephoto lenses with extenders, the new firmware allows cross-type autofocusing with the center AF point when the maximum aperture becomes as small as f/8. This new feature greatly expands the range of EF lens/extender combinations that support autofocus when used with the EOS-1D X.

The firmware update page has a list of lenses that you can now autofocus with while using 1.4x and 2x teleconverters. Canon notes that if you manually select an AF point with a max-f/8 setup, the four points around the point you select will serve as assist points, giving you a slightly larger AF detection area (useful for tracking smaller moving subjects, like birds).

If you’re a 1D X photographer, downloading the update can’t hurt, since it doesn’t change anything you’re currently using. Go ahead: download and install the version 1.1.1 update to give your camera a little extra flexibility.

P.S. Still no word on whether we’ll be seeing these same fixes (that’s what they are, really) come to the Canon 5D Mark III. We’re guessing the camera is fully capable of both, so the question would be whether or not Canon wants to.