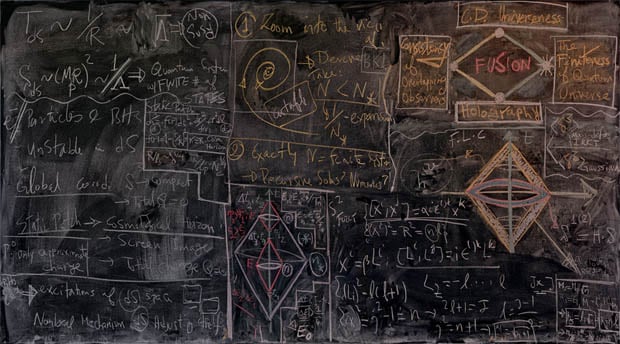 For his project titled “Momentum”, London/Madrid-based photographer Alejandro Guijarro spent three years visiting a number of the leading quantum mechanic research institutions of the world and photographed the chalkboards there exactly as he found them. The resulting photographs look like intelligent graffiti drawn by some of the brightest minds in science.

Guijarro captures each chalkboard using a large-format camera, and then prints the photographs in life-size to exhibit the scribblings as they actually appeared. As a result, his photo exhibitions look as though he stole a bunch of university chalkboards and hung them up in a gallery space: 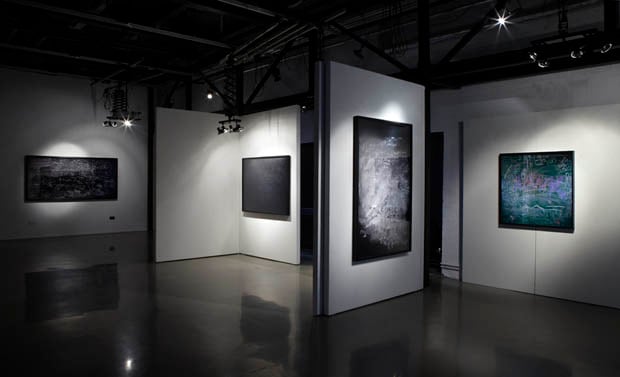 Before he walks into a lecture hall Guijarro has no idea what he will find. He begins by recording the blackboard with the minimum of interference. No detail of the lecture hall is included, the blackboard frame is removed and we are left with a surface charged with abstract equations. Effectively these are documents. Yet once removed from their institutional beginnings the meaning evolves. The viewer begins to appreciate the equations for their line and form. Colour comes into play and the waves created by the blackboard eraser suggest a vast landscape or galactic setting. The formulas appear to illustrate the worlds of Quantum Mechanics.

[…] these are not works that pretend to hold any kind of objective truth. Stripped of their wrapping they are merely photographs of large drawings! […] Each line and smudge has its own history and meaning, produced by a scientist unaware of their artistic merit. Momentum can be seen as an attempt to bridge the gap between science and art and is an exciting development in Contemporary Photography. 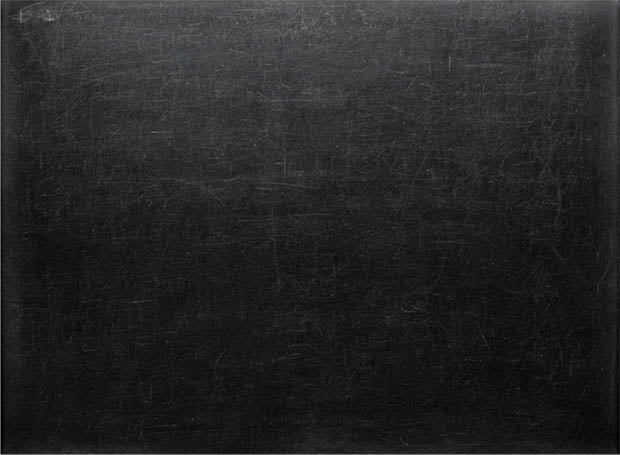 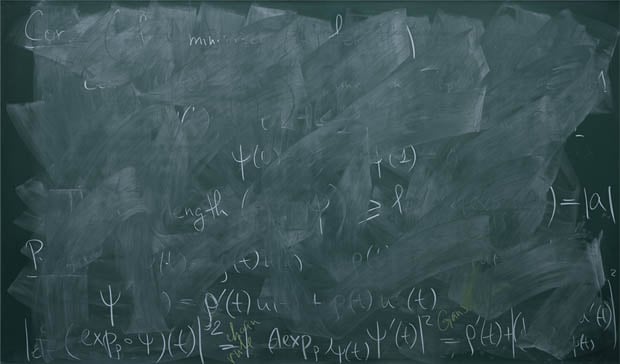 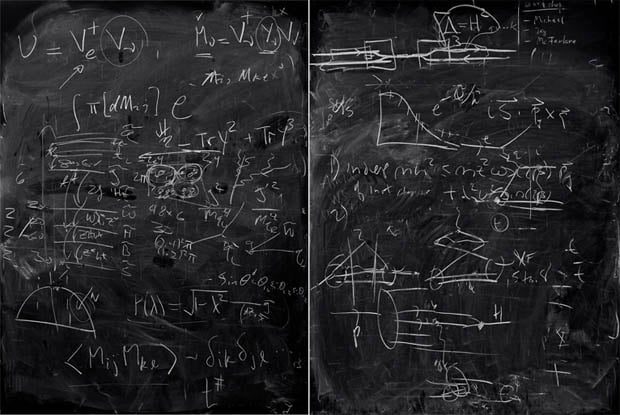 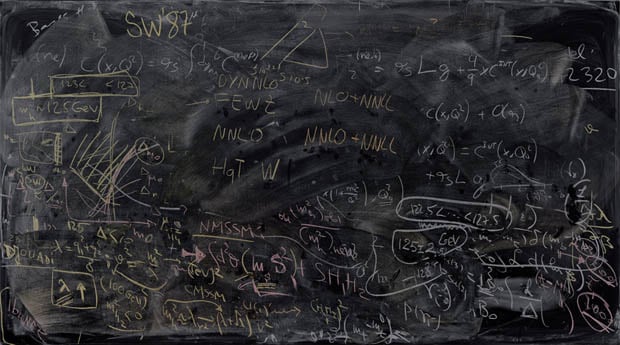 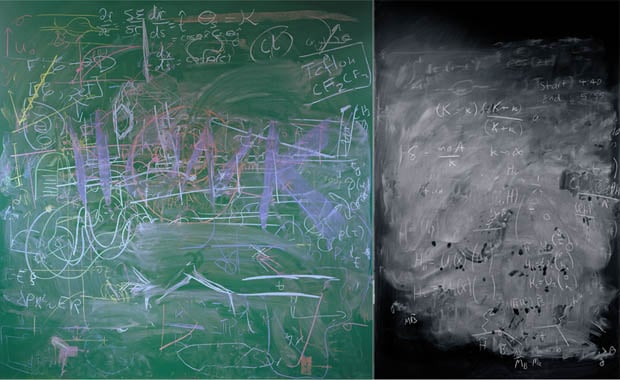 You can find more of Guijarro over on his website.

Image credits: Photographs by Alejandro Guijarro and used with permission