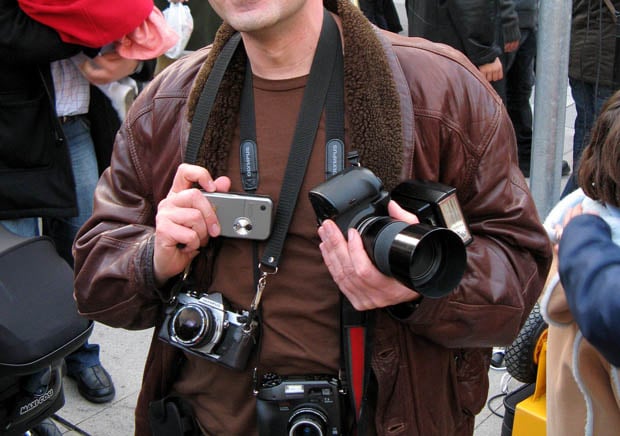 Businessweek writes that Canon has lowered its sales estimates across all its camera lines, saying that smartphones are drinking its milkshake — and it’s not just Canon:

Global camera sales are expected to fall 4.3 percent this year to 115.2 million units, according to market researcher IHS. Industrywide camera shipments fell 25 percent in August from a year earlier, according to the Camera & Imaging Products Association in Tokyo.

By comparison, global sales of smartphones […] rose 32 percent to 146.1 million units in the second quarter, according to market researcher Strategy Analytics.

This year, compact cameras are projected to have the worst demand since 2009. Who would have thought that digital cameras would be struggling as digital photography booms?

Update: Canon has announced its latest quarterly results. Revenue is down 13% and profit is down 42%.