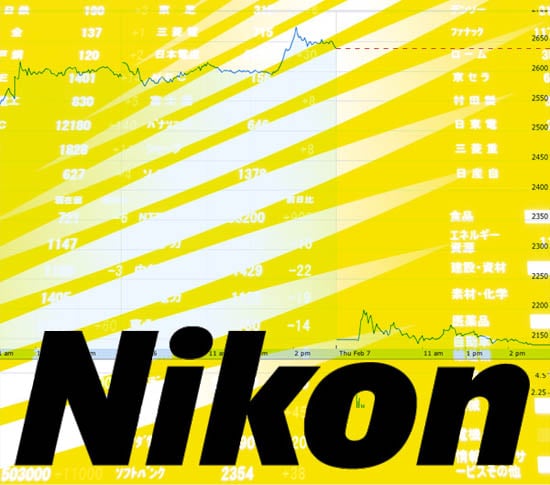 One of the big stories in the business world today was that Nikon’s stock took a historic fall of nearly 19%. The company is weighted so heavily in the Nikkei Stock Average that the news had a rippling effect across the market, causing most Asian shares to drop.

Businessweek writes that the price drop was the largest single day decline in Nikon’s stock since 1985. It happened after the company cut its profit forecast due to decreasing demand and plummeting prices.

For the fiscal year ending in March, Nikon now predicts that it will pull in roughly $407 million in net income, down from the ~$643 million it had previously forecast.

Nikon expects to sell 7 million DSLR cameras (down from its previous forecast of 7.1M) and 9.8 million lenses (down from 10M). Its forecast for compact camera sales remains unchanged at 17 million units.

The company also paints a picture of how the digital camera market is currently doing. It says that demand for entry-level DSLRs is falling and that new entrants in the market are competing against the camera style. This naturally leads to falling prices as DSLR makers struggle to convince photographers not to purchase mirrorless cameras.

Canon and Nikon have both been slow to engage the mirrorless camera market, which has led to both companies being squeeze from both sides. Their compact camera sales are struggling due to the rise of smartphoneography, and now mirrorless cameras are chipping away at their DSLR dominance.

Image credit: Photo illustration based on Tokyo Stock Exchange by Dick Thomas Johnson, He’s Got the Compact by garryknight