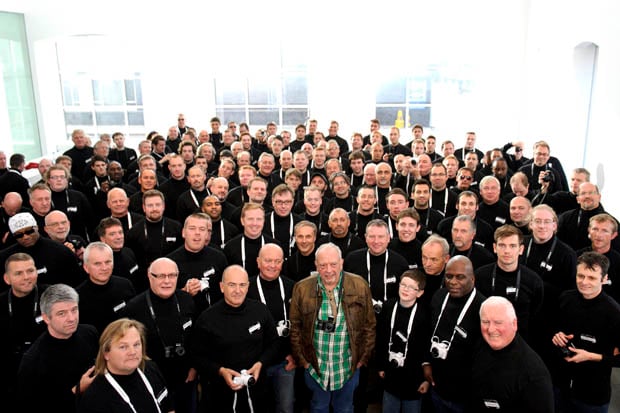 This photograph shows renowned British photographer David Bailey standing with 142 men who share his name. You might be wondering how such a strange photo concept came together. If you remember, last month we reported that Samsung had launched a unique marketing campaign that asked any UK resident named David Bailey to step forward.

Each David was to be given a new Samsung NX1000 and a free trip to London for a special event. In the end, the company was able to gather 142 David Baileys between the ages of 15 and 74. As we suspected, the “real” David Bailey made an appearance at the event, leading to the one-of-a-kind photo above. 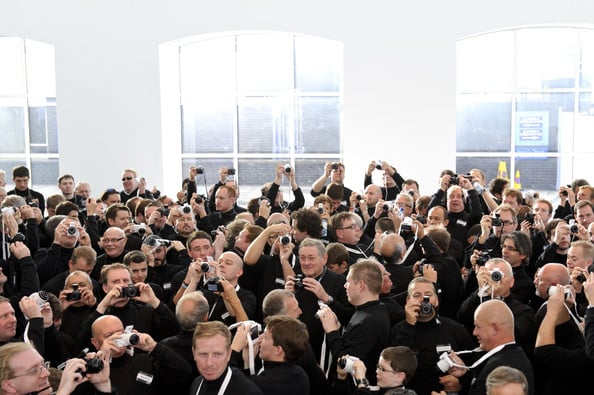 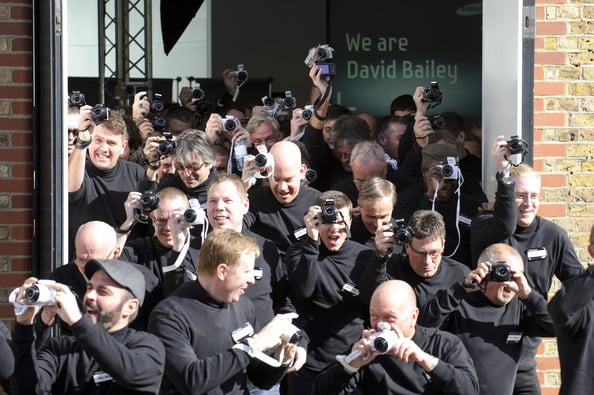 Each of the Mr. Bailey’s is now participating in weekly photo assignments designed to improve their photography skills. You can see a gallery of photographs they’ve shot here.

The Faces of Dogs Combined with the Bodies of Their Owners