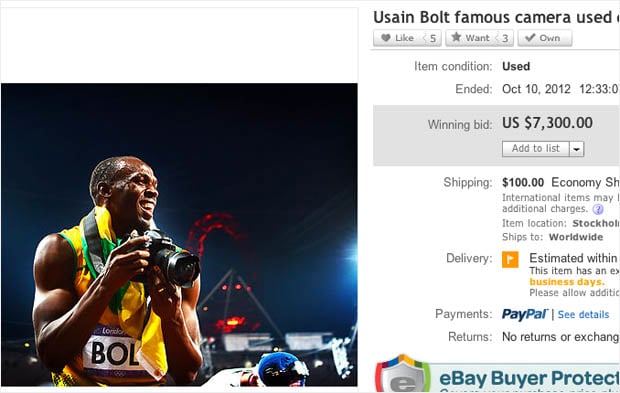 The Nikon D4 that Usain Bolt used at the London Olympics has been auctioned off for charity. The final price? Just $7,300.


The camera made international headlines earlier this year and was signed by Bolt himself, so many people expected it to fetch a good deal of money at auction. Furthermore, it was also for a good cause: the proceeds of the sale was to go to cancer research and educational charities. 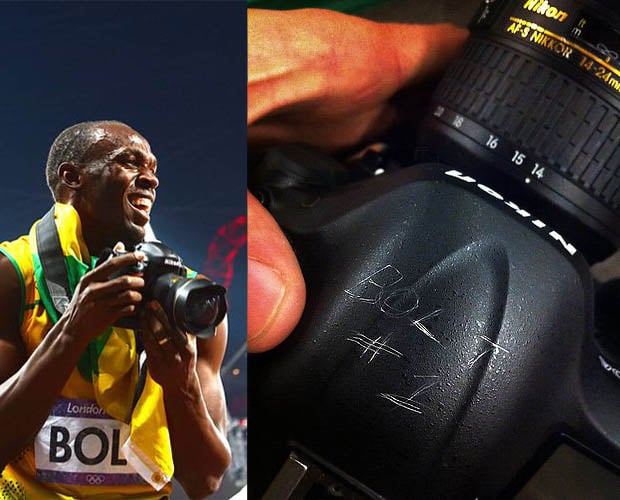 Things seemed to be going well at first, with bids filing in and the auction being widely publicized in the worldwide media. However, everything came to an abrupt halt last Friday when eBay unexpectedly pulled the auction for violating its policies regarding charity auctions (apparently you need to include a great deal of detail and be completely transparent if you’re saying you’ll give the proceeds to charity). The price was at a whopping $11,600 at the time, with a number of days to go.

Newspaper sports photographer Jimmy Wixtröm — the man whose camera Bolt used — quickly put up a new auction, but it was too late; he had already lost all the benefits of publicity that the previous one enjoyed. That’s why the new auction ended up selling the camera for just $1,300 more than the price of a new Nikon D4.

Based on how much people were willing to pay for the camera — as indicated by the original auction’s bidding — it seems like the winner landed a terrific deal. At the very least, he or she got a one-of-a-kind piece of sporting and photographic history.