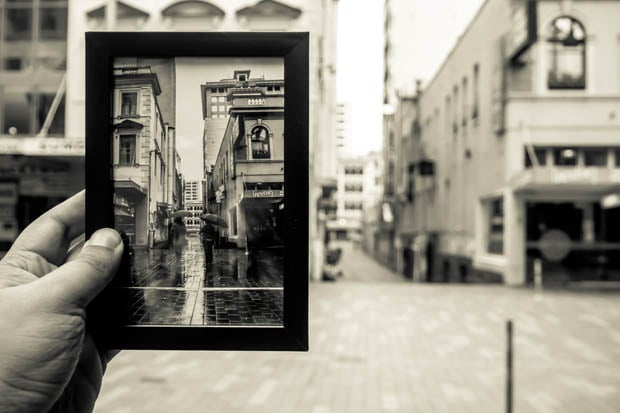 Auckland, New Zealand-based street photographer Sim Ahmed of Aucklandia recently decided to spread the love of photography by displaying and offering his work for free on the streets of his city. After printing out 500 digital prints for 9 cents each three weeks ago, he began framing them, revisiting the locations where they were shot, and sticking them on buildings there.

The prints are placed into cheap frames Ahmed purchased from The Warehouse (New Zealand’s largest department store retailer. Their version of Wal-Mart), which sells 4×6 frames for as little as $1.50 each. Since the stores don’t stock many of these cheap frames at one time, Ahmed had to go around to Warehouse stores in various suburbs to pick up the quantity of frames he needed. 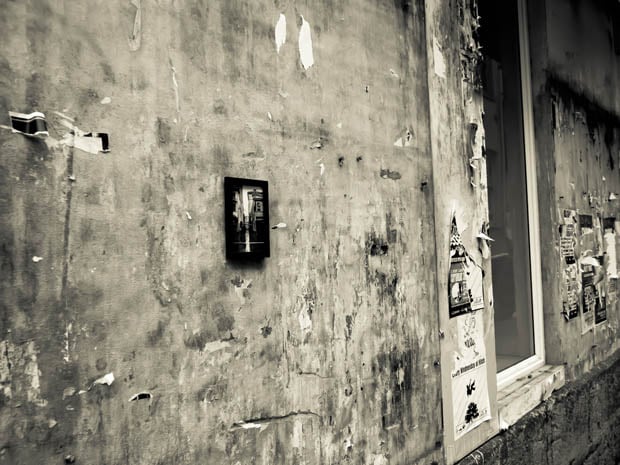 The back of each frame is signed and numbered, and contains a short message inviting passersby to take the photos home with them.

I’m a photograph. I was put here by someone impersonating an artist. Please rescue me and in return I promise to look damn good on your wall. After putting up 5 initial frames, Ahmed soon received “thank you” emails from people who found and claimed two of them.

We’ve seen this kind of project a couple of times before. A man named Mrog Deville did this in the UK about a year ago, and printing company Jondo did this with gigantic museum-quality prints in Los Angeles a few months after that.