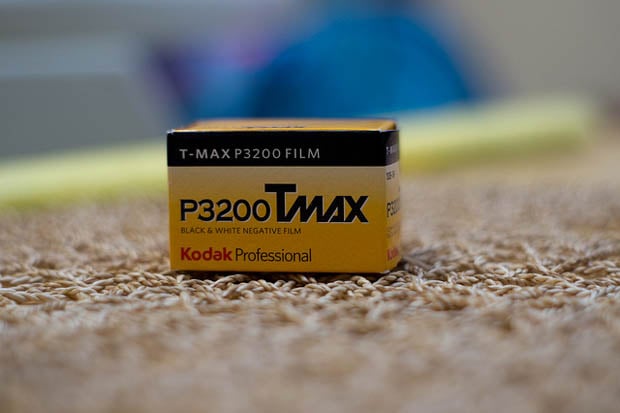 Kodak may be planning to sell its film division, but for the time being the business is still under the company’s control. The company announced yesterday that T-MAX P3200 is the latest in its lineup to be discontinued, citing the plummeting demand for ultra-high speed black-and-white film.

The company recommends T-MAX 400 (also known as TMY-2) as the most suitable alternative:

The latitude of TMY-2 allows it to handle one stop of underexposure (EI 800) without being pushed. In low light situations, TMY-2 delivers very good results when exposed at EI 1600 with increased development time.

Even though P3200 is approx 2 stops faster than TMY-2 at comparable contrast levels, that extra speed comes with a very significant grain penalty. In fact, for most applications TMY-2 is actually the better film choice. The exception would be extremely low light situations where P3200 might be able to pull out some shadow detail that would otherwise be lost with TMY-2.

If T-MAX P3200 holds a special place in your heart, now is the time to fill up your fridge with rolls before it’s gone forever.