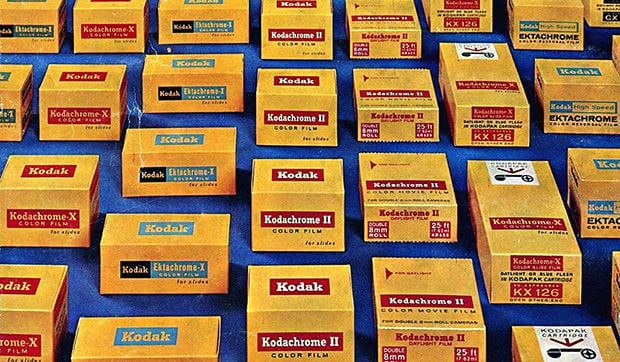 It’s a sad day for film photographers: Kodak has announced that it will sell off its camera film business, one of the huge pillars of what made Kodak Kodak in the eyes of consumers around the world. It’s yet another step in the company’s effort to climb out of bankruptcy, which it hopes to do by next year, and transform itself into a commercial printing company.


Back in January, company CEO Antonio M. Perez declared that the company’s film business was still profitable, and that they remained dedicated to it. In the announcement today, he states,

We are reshaping Kodak. We continue to rebalance our company toward commercial, packaging and functional printing – in which we have the broadest portfolio solutions – and enterprise services. These businesses have substantial long-term growth prospects worldwide and are core to the future of Kodak. We are confident that our competitive advantages in materials science and deposition technologies, as well as our know-how in digital imaging, will enable us to capitalize on those opportunities and extend our leadership in key growth markets.

Specifically, Kodak is planning to sell its Personalized Imaging and Document Imaging divisions by the first half of 2013.

The Personalized Imaging division includes 105,000 Kodak Picture Kiosks around the world (the ones at drugs stores that help you easily make prints), photographic paper, still camera films, and souvenir photo products that are sold at places like theme parks.

The Document Imaging division deals with things like scanners and related software/services.

Although it’s sad that Kodak will soon be out of the film-making industry, it’s possible that the new owner will give the film business the love and attention it deserves!