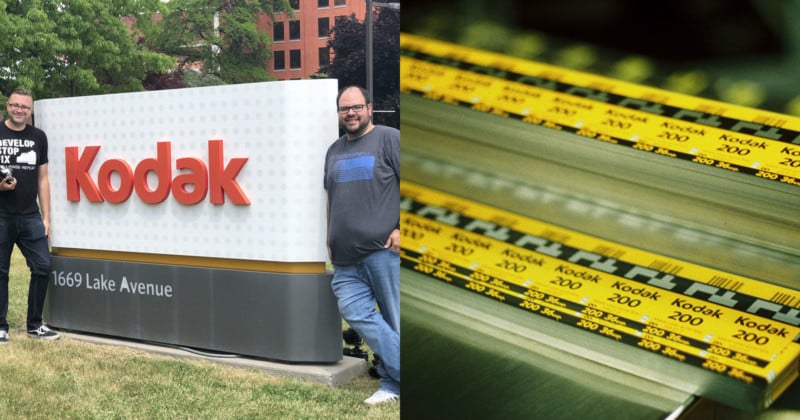 Recently, we (Steven, John, and Bill of the podcast Studio C-41) traveled to Rochester, New York, to interview Josh Coon with The Kodakery (Kodak’s podcast) and “EKTACHROME Super Fan” Matt Stoffel. We learned about George Eastman, how film is made in the Kodak factory, and Kodak’s response to the film resurgence.

It all started with an Instagram message to Matt Stoffel. “Hey Matt, I hope all is well! I wanted to reach out to you and possibly talk about my little trip to Rochester in a couple months!” I honestly didn’t think I had a snowflake’s chance in hell in pitching a podcast episode with Kodak. Matt soon replied, “Yeah! When are you thinking of coming?”

In the following months after that message, I really thought hard about the questions I wanted to ask. Of course, just like every film photographer, I have a million questions about Ektachrome. However, I wanted this podcast episode to have depth and didn’t want to spoil what could possibly be the only chance we have to interview Kodak on a single emulsion. So while there are some tidbits in regards to Ektachrome in the podcast episode, we focus on other aspects of Kodak as well.

The episode is broken out into three segments:

1. Who is George Eastman? Why was he so iconic?
2. How is film made?
3. What is Kodak doing about the film resurgence?

Here’s the hour-long interview and episode:

We know George Eastman started Kodak and invented products that revolutionized photography and motion pictures. However, those are not the only things Eastman’s legacy left behind. George strongly believed that a happy employee was a productive employee. He created benefit programs that we commonly see with employers today such as retirement accounts, healthcare, leisure accommodations, and more. George effectively created the ‘Google Campus’ long before Google. You can learn more about George Eastman by visiting the museum! 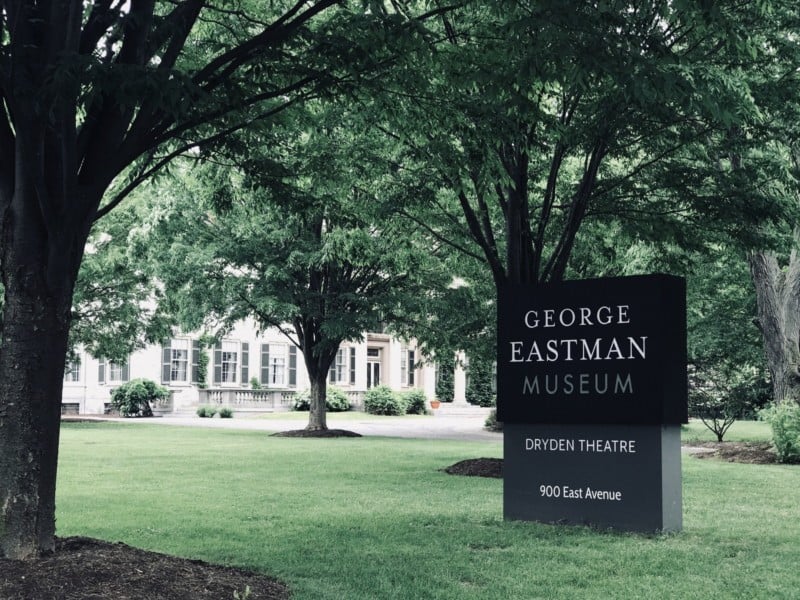 When we arrived in Rochester, Matt gave us the grand tour of Kodak Park, a complex park compromising of dozens of buildings. Some were built for the production of film, some for other business processes Kodak is involved with, while space in other buildings is leased out to other companies. After an overview of all the buildings was complete, we hopped into a van and headed to the film manufacturing building. 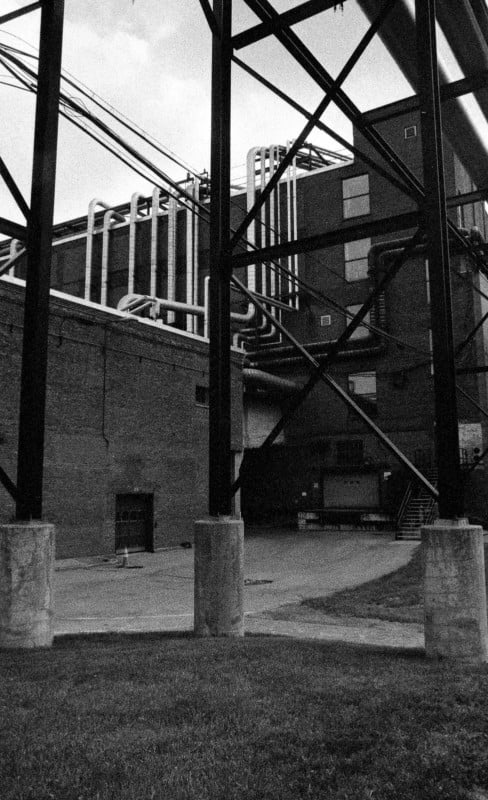 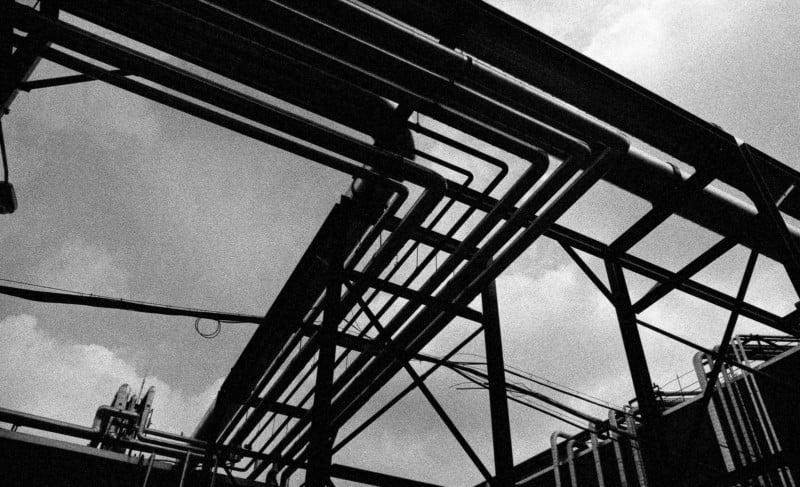 I will leave the technical film manufacturing nitty-gritty process for the podcast episode, in which Matt does an amazing job explaining the film-making process and describing the machinery the brilliant minds at Kodak built. I will mention this: we walked away with a newfound appreciation for the workers in the factory.

Each step of the process, no matter how automated it may seem, has a human element involved. In many cases, much of the labor is done in total darkness. To all of the workers at Kodak, we want to say “Thank you” for all of your hard work and sincerely appreciate you all.

For those that are interested in learning more about the process, the Kodakery did an excellent job explaining the manufacturing process for Ektachrome. You can listen to that episode here:

Kodak recognizes the film resurgence is real. Josh references the analog resurgence to a book called The Revenge of Analog, which brings to light a form of technology that is on the verge of being lost forever and the consequence of what is lost if analog goes the way of the dodo bird.

In 2012, blockbuster Hollywood Directors Christopher Nolan, Quinten Tarantino, J.J. Abrams, Martin Scorsese, were just a few that voiced their concerns in protecting film as a medium for moviemaking. For me, a catalyst to shooting film was a behind the scenes clip to Star Wars: The Force Awakens, where J.J. Abrams is making it an effort to film the movie in Kodak motion picture film. Even more so recently, we are seeing screenings of new movies in 65mm such as Christopher Nolan’s Dunkirk and Quinten Tarantino’s Hateful 8. But the resurgence isn’t only found in Hollywood and on the silver screen. It has made its way into the stills community and to indie filmmaking.

As a result of the resurgence, we are seeing the highly anticipated return of Ektachrome. Josh tells the story of a Kodak employee having to sit down in amazement because they never thought they would see the day where Kodak could bring back a discontinued emulsion. However, Kodak’s efforts would not be possible without the film community. And in return, Kodak says, “Thank you” to the film community.

In order to stay in touch with the community, Kodak has started programs to enrich the full experience of shooting film. Matt says Kodak’s programs are in the early stages; however, they are focusing on three pillars: experience, education, and exhibition. They are organizing photowalks, teaching new photographers how to shoot film, and showcasing creators’ works through publications like ‘Kodachrome’, a limited edition magazine published by the film giant.

We would have never expected Kodak to be so incredibly open and invite us into the factory and The Kodakery to record this episode. It was an incredibly special moment for Steven, John, and me and it is something we will always remember. A huge thank you to Matt and Josh for the opportunity. We’re ecstatic to see the positive impact Kodak will continue to make on the film community. 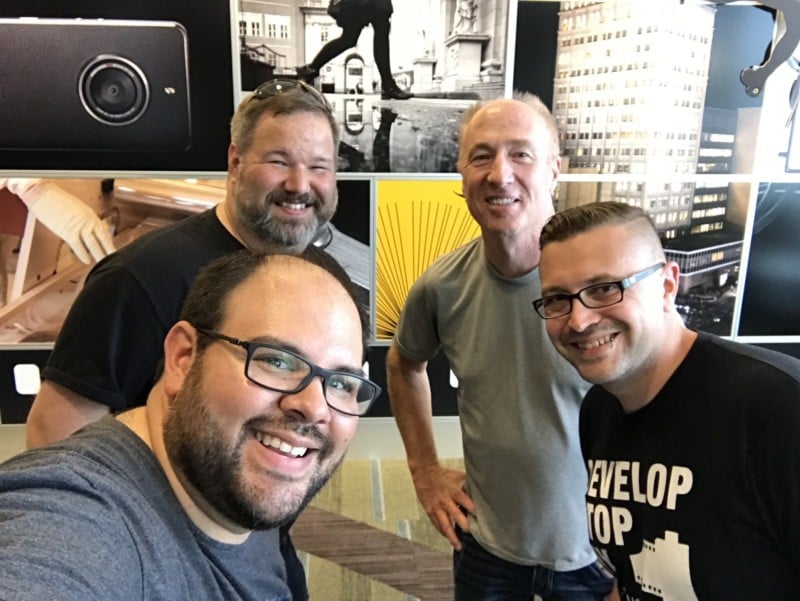 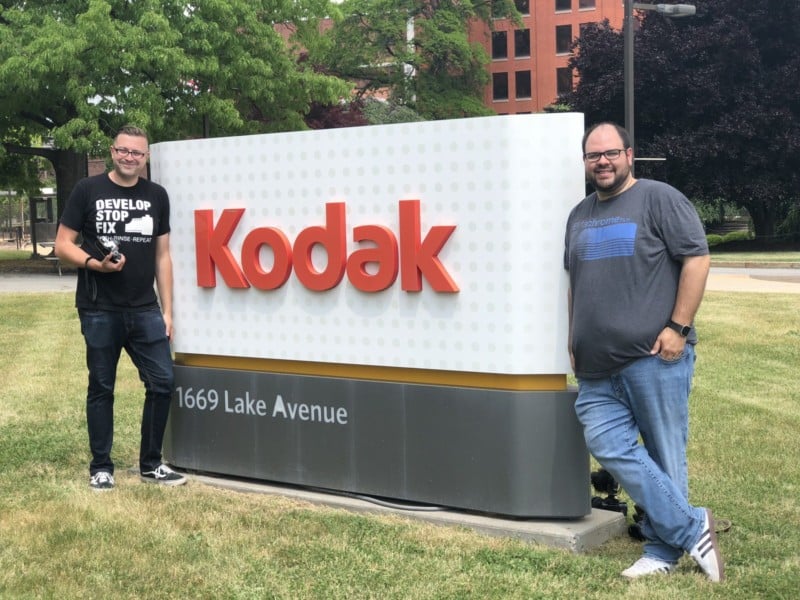 About the author: Bill Manning is the co-host of Studio C-41, a podcast about film photography. You can also connect with Studio C-41 on Facebook, Twitter, and Instagram. This article was also published here.

Instagram Would be Worth $100 Billion as a Standalone Company