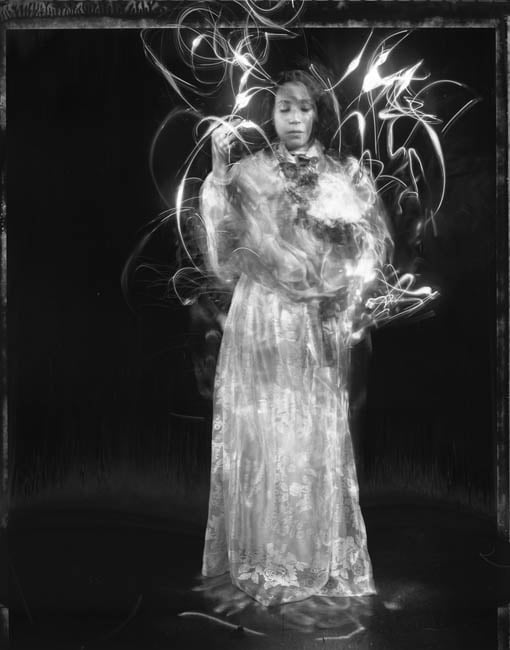 Sonia Soberats’ journey in photography didn’t start until she couldn’t see the photographs she was producing. Around two decades ago, she lost her eyesight to glaucoma between losing her son to Hodgkin’s disease and her daughter to ovarian cancer. At the turn of the century, Soberats began taking photography lessons in New York City as a form of therapy and self-expression. Her technique of choice? Light painting.

The New York Times writes that Soberats uses her hands to “see” what she is painting into the frame:

[…] in the studio, [Soberats] works in complete darkness, always with the help of a seeing assistant. She arranges her models, using her hands to feel every aspect of the image, instructing her assistant where to place the edges of the frame.

“I feel your face, your hair, then I’ll ask you: ‘Are you light-colored? Or dark? Is your hair blonde or brown or black?’ ” she said. “So with asking and touching, then I’ll get an idea of what I have to work with.”

Ms. Soberats then asks her assistant to open the shutter, and using various light sources, including flashlights and Christmas lights, she darts about the frame like Tinkerbell, illuminating details within the image. The shutter remains open anywhere from two minutes to an hour.

The technique is a slow one: only three or four photographs might result from a back-breaking 90-minute photo shoot. 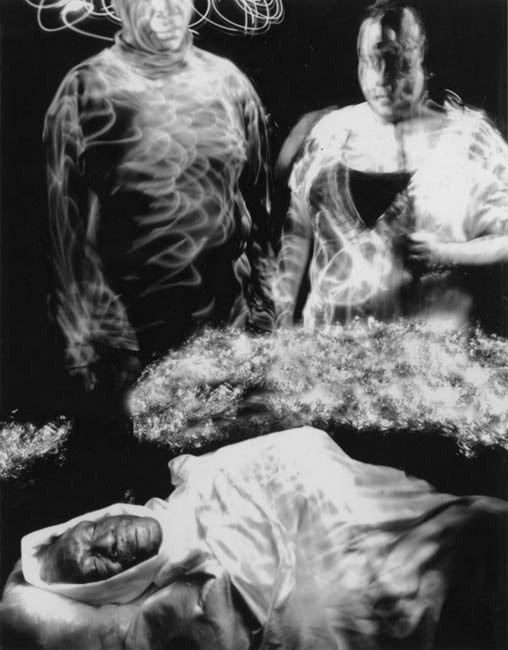 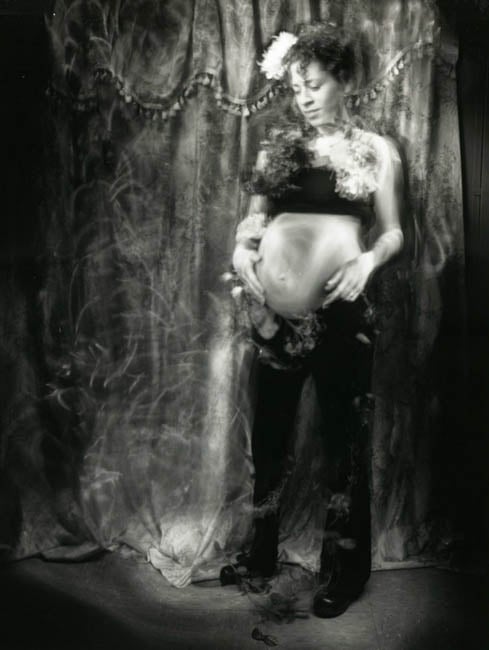 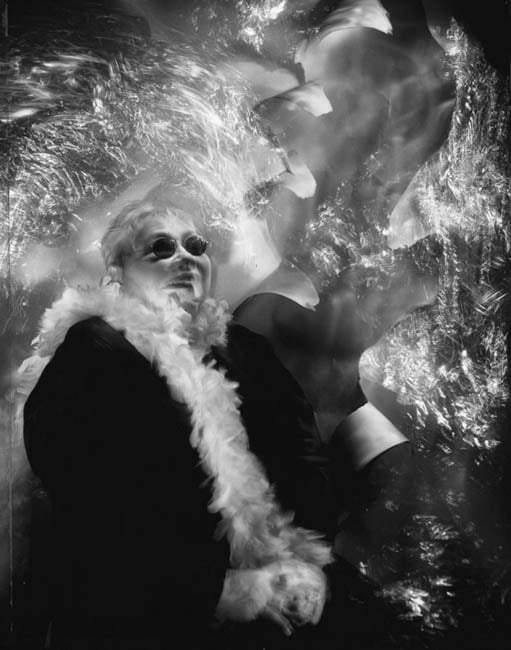 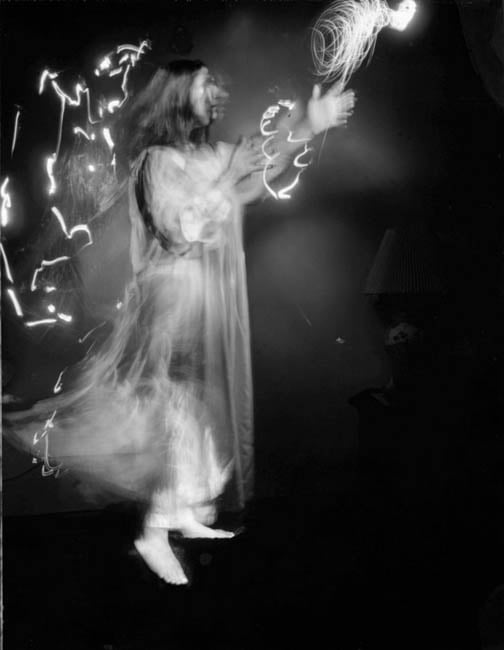 Soberats has begun showing her work to the world through solo exhibitions — her first one, titled Visión Intransferible, was held in Caracas, Venezuela earlier this year. She’s also a member of the Seeing With Photography Collective, a New York-based group of visually impaired photographers. You can find more of Soberat’s work here, and beautiful photographs by the entire collective here.

Thanks for sending in the tip, Ben!

Image credits: Photographs by Sonia Soberats/Seeing With Photography Collective and used with permission