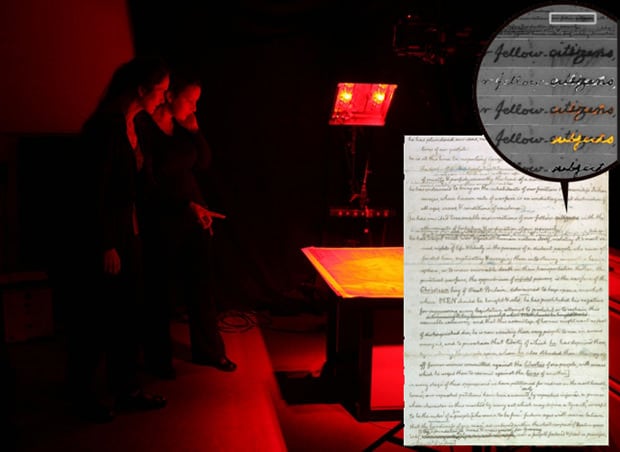 Hyperspectral cameras are those that can capture information in the electromagnetic spectrum, far beyond what the human eye — and consumer cameras — can see. American Photo Magazine has a fascinating feature that tells of how researchers around the world are using the cameras to uncover century and millennium-old mysteries:

The historic discoveries are just getting started. No one yet knows how much researchers and scholars will find with this new generation of hyperspectral technology. More than a hundred years ago, in the ancient Egyptian city of Oxyrhynchus, archeologists found piles of illegible papyrus. Recently, University of Oxford researchers found that they contained fragments of a lost tragedy by the ancient author Sophocles, of whose plays only seven were known to have survived. New imaging methods have also found portions of a poem by Archilochus that reveal new details about the genesis of the Trojan War. The research at St. Catherine’s could settle long-standing debates over the origins and foundation of some of the world’s major religions.

Discoveries using hyperspectral photography so far include revisions to the US Declaration of Independence, hidden words in the Dead Sea Scrolls, and a possible Abraham Lincoln fingerprint on a copy of the Gettysburg Address.

P.S. Last year, a group of scientists was able to create a hyperspectral camera using an ordinary Canon 5D and random off-the-shelf parts.

Image credits: Photographs by Abby Brack Lewis and the Library of Congress