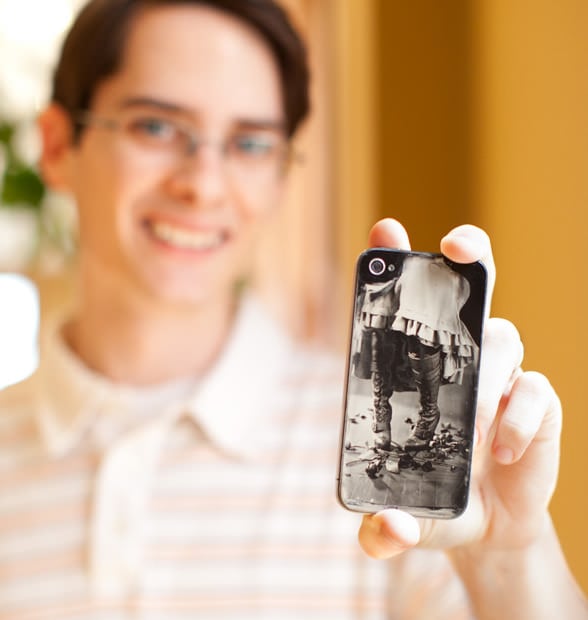 iPhone users who want to flaunt their inner photography geek can buy special skins or cases that transform their phone into a camera look-alike. That option wasn’t awesome enough for photographer Jake Potts of Bruton Stroube Studios, who recently decided to use his phone’s glass back to create an ambrotype photo using the wet plate collodion process!

To make an ambrotype, a piece of glass is coated with salted collodion, sensitized, placed into a camera and exposed like a piece of film. Then back in the darkroom, the glass plate is developed, fixed and washed. This process was invented in 1851 and has recently been embraced again by many artists and photographers for its unique aesthetic and hand-made quality.

After purchasing a replacement iPhone back panel that was sans branding, Potts created a custom “film holder” so that his phone could be attached to his camera. He then scrubbed the glass clean, and poured on a coating of collodion: 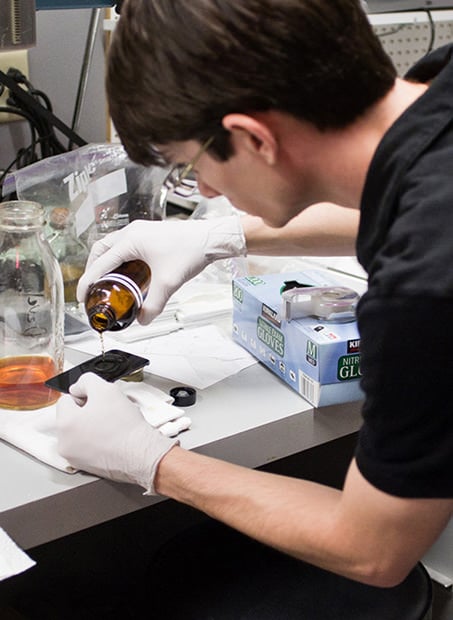 After the collodion is on the plate, it has to be sensitized, shot, and developed before the collodion dries, which is probably 10-15 minutes. Once sensitized, it has to stay in the dark to be loaded in the holder. The holder is then taken to the camera fitted with a lens that dates to 1872 (woah, camera nerd alert!) and the exposure is made. Back in the darkroom, the plate is taken out and developed. Development times are fast, around 15 seconds (unlike film which takes minutes). 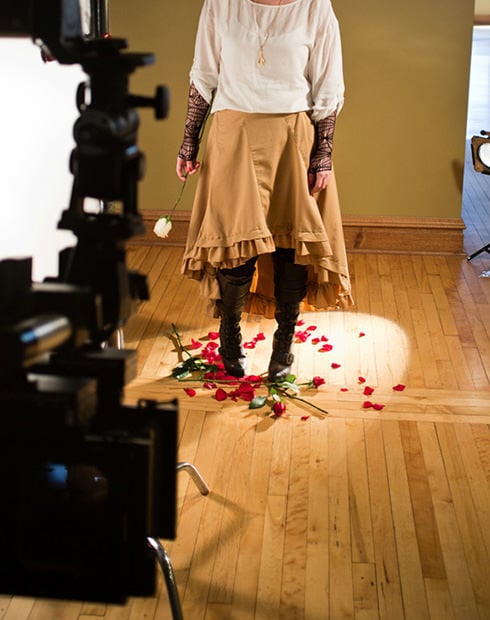 The next step involves placing the plate (currently with a negative image) in the fixer, which reverses the image and gives it a warm-tone: 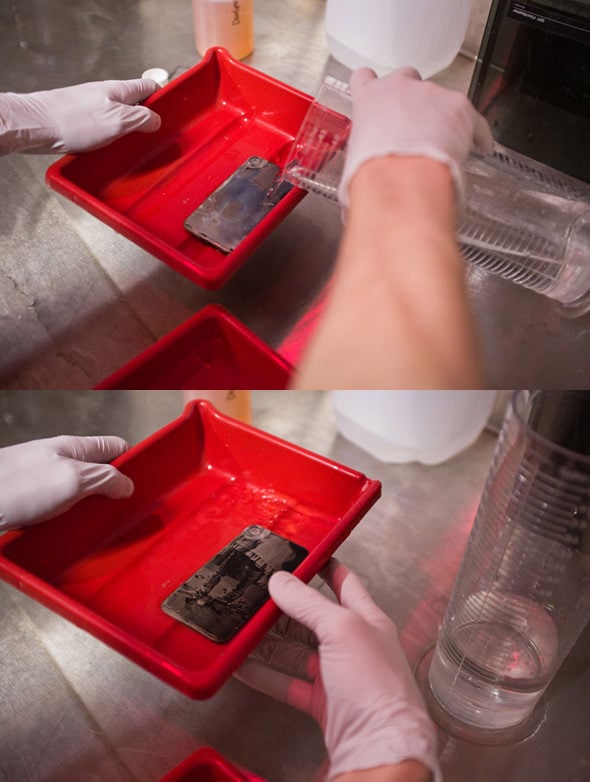 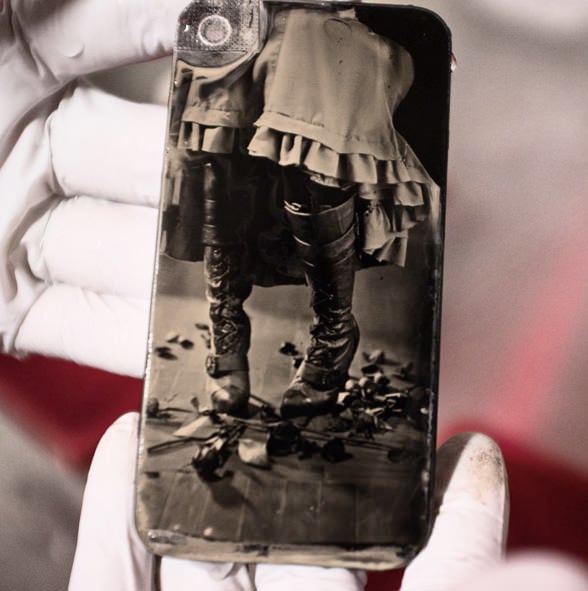 Potts says that as far as he knows, this is the first time anyone has used an iPhone for wet plate collodion photography.

Awe-Inspiring Family Portrait Features the Milky Way as the Backdrop

Canon Issues Recall on More Than 68,000 Rebel T4is Due to Grips Causing Rashes