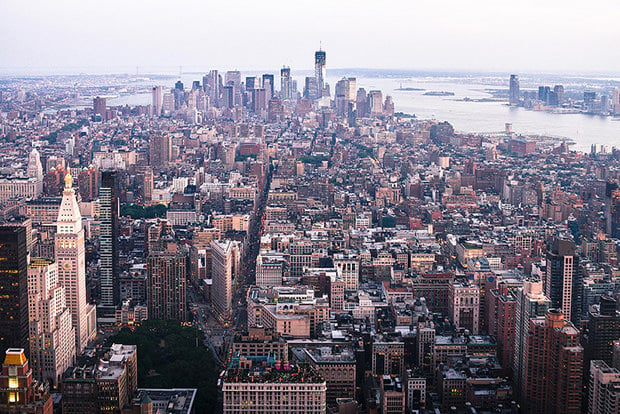 While visiting beautiful New York City earlier this year, an Australian photographer named Kiernan traveled to the top of the Empire State Building and snapped a photograph of the cityscape. After returning home, he decided to do a reverse image search on Google just to see what he might find. He was surprised to discover that the top result was a nearly identical photograph that was captured 36 years ago. 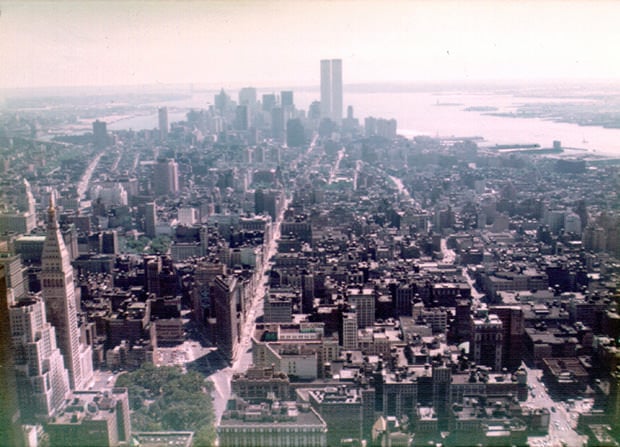 The photograph, captured by Chicago-based illustrator Ken Smith, has the caption:

Toward lower Manhattan and Wall Street; the twin towers of the 3-year-old World Trade Center are in the distance, and the sharp prow of the Flatiron Building is just to the left of lower center, where Broadway cuts diagonally across Fifth Avenue at 22nd Street.

I thought it was interesting thing to not only see the difference in New York over the last four decades, but also the power of Google image search and the rather nice surprise that someone else has in history chose to use the exact same composition and focal length so many years before hand.

The next time you snap a photograph from a popular picture spot, try doing a reverse image search through Google or TinEye. You might find yourself taken back in time!

Image credit: Rebuilding by mayzie. and View South from the Empire State Building, July 1976 by artistmac