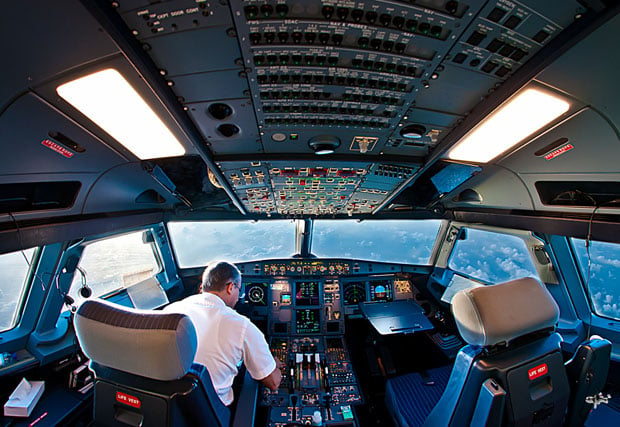 Karim Nafatni has a view of the world that most other photography enthusiasts don’t have. When he’s not scouring the Dubai landscape for sweeping architectural photographs, Nafatni is often tens of thousands of feet in the air, working in the cockpit of large jetliners as a pilot for a major airline.

After being interested about photography while growing up, he purchased his first DSLR a few years ago and began being passionate about the art form.

He soon began bringing his Nikon D300s to work and onto planes (often the Airbus A320, the popular commercial passenger jet airliner that seats up to 220 passengers). Setting up his camera in the back of the cockpit, Nafatni points the camera forward, shoots a number of bracketed exposures, and then combines the photos into beautiful HDR views of what his “office” looks like while he’s working.

Here’s a photograph of a 1st officer enjoying the sunrise at 37,000 feet above sea level en route to Chittagong Bangladesh: 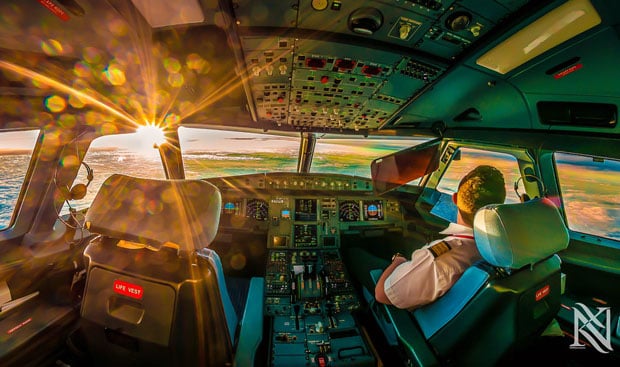 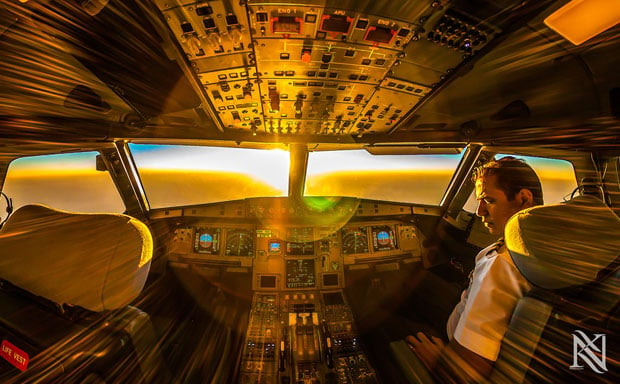 Dubai can be clearly seen in this following photo, captured while on a flight to towards Nairobi, Kenya: 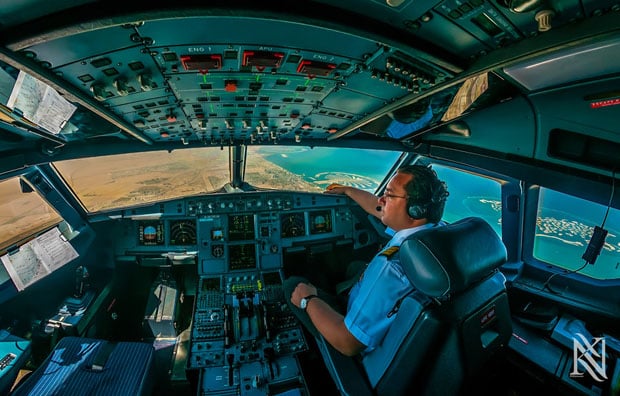 This next photograph, titled “Sunrise in the Office,” was the last photograph Nafatni captured while serving as a 1st officer. He was then promoted to the left chair (the “hot seat,” as he calls it) to work as the captain on flights: 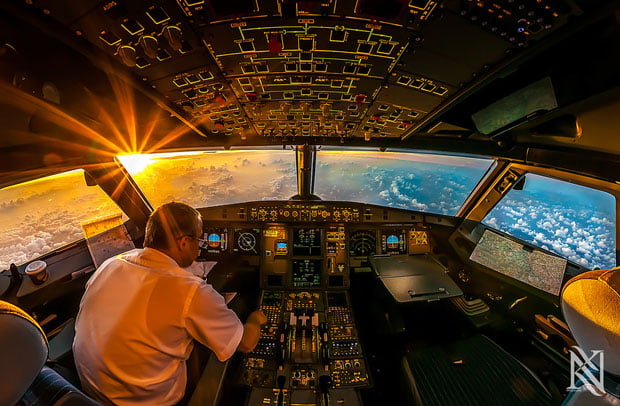 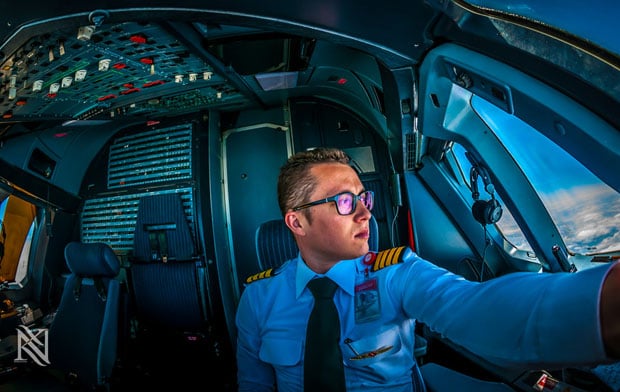 You can find more of Nafatni work — including his beautiful cityscape photos of Dubai — over on 500px, on Facebook, and on his website.

Image credits: Photographs by Karim Nafatni and used with permission

Pro Tip: Never Ask a Professional Golfer to ‘Aim for the Camera’