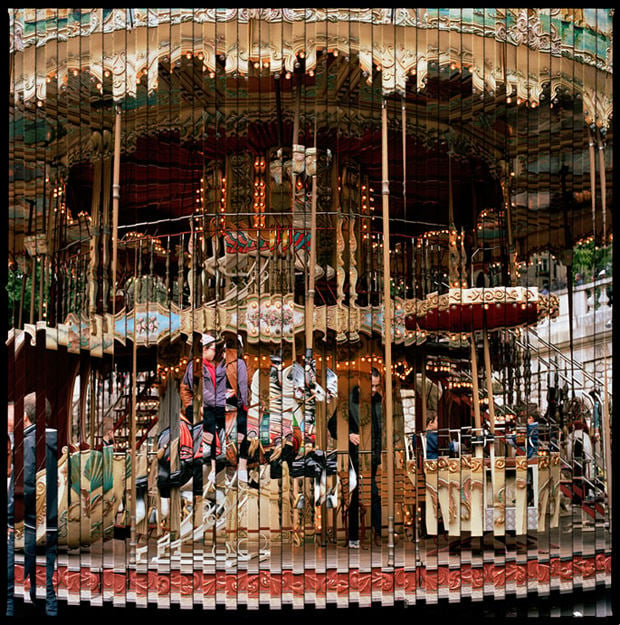 The photographs in Isabel M. Martínez’s Quantum Blink project look like they were stitched together using Photoshop, but they were actually all created in-camera. She writes,

The photographs in Quantum Blink are composed of two exposures taken instants apart. The striped pattern is the result of masks placed in-camera, this feature allows me to blend two images together and at the same time keep them from fully fusing onto one another. Each photograph holds a brief sense of continuity, almost like an animation, slightly cinematographic. Though they provide a notion of movement and progression, their beginning and end is ambiguous and indistinguishable. 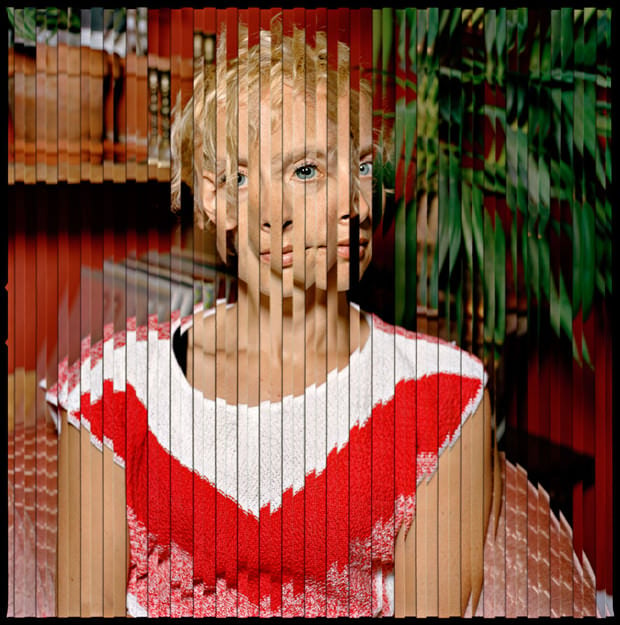 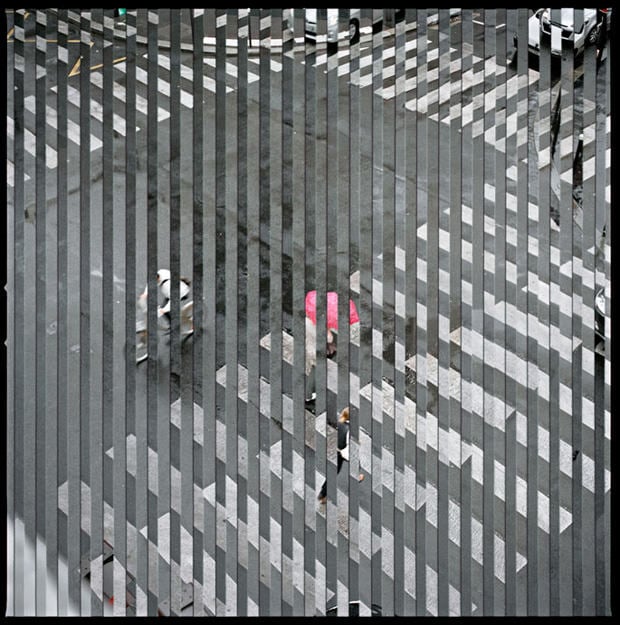 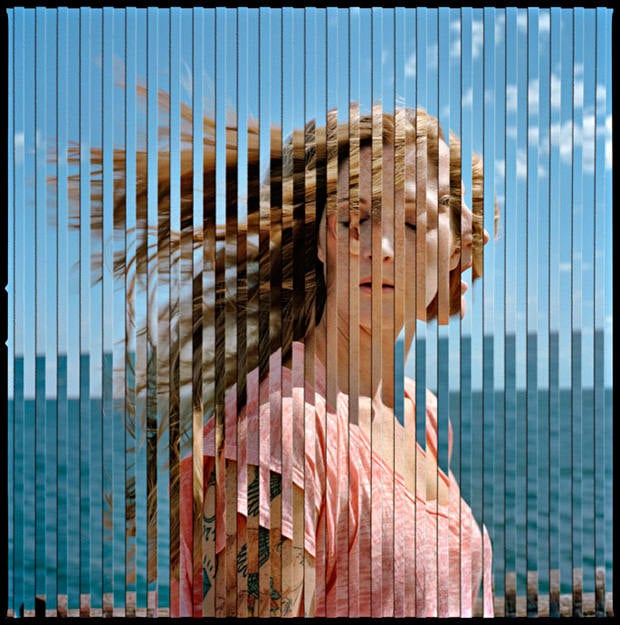 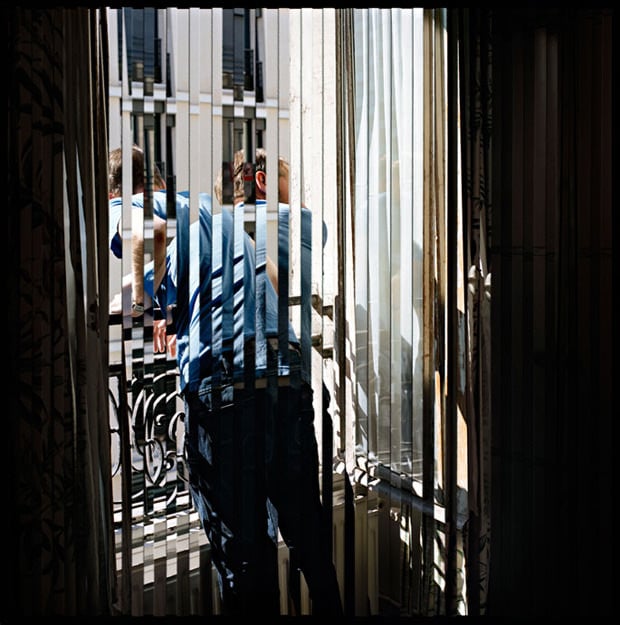