The anti-theft gear registry LensTag just provided us with this new look at how camera gear was stolen over the past year. As you can see from the pie chart above, car and home break ins are still the biggest way thieves are targeting cameras and lenses: they accounted for over half of all thefts reported to LensTag in 2015.

In terms of cities, the three that had the highest incidences of gear theft were Rome, Italy (“a strong #1”, Sehrer says); London, England (“a distant #2”); and Melbourne, Australia. 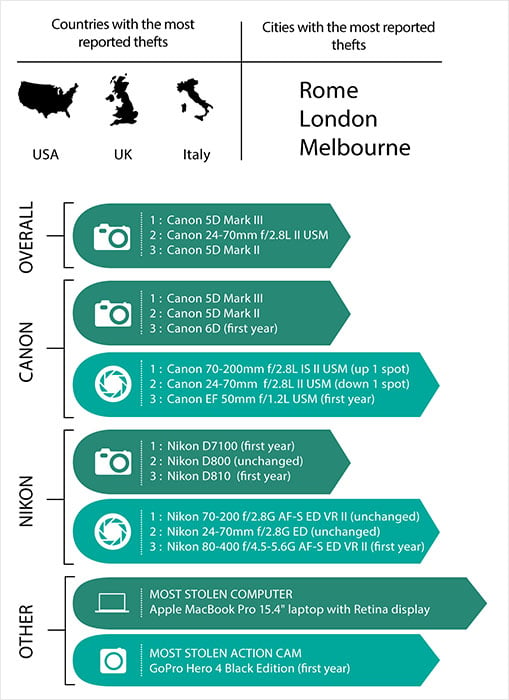 How I Work With Compositional Lines in Photos