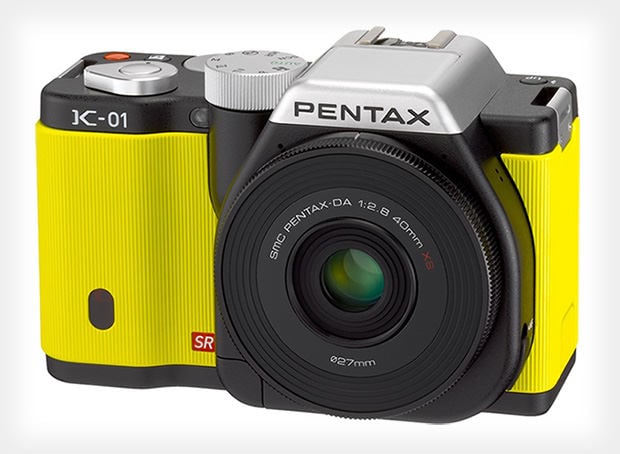 Pentax officially announced its new K-01 mirrorless camera today after leaked photos emerged yesterday. The system features the world’s thinnest interchangeable lens: a 40mm lens that’s just 1cm thick. The body, on the other hand, isn’t exactly the sleekest camera we’ve seen. It’s designed by “acclaimed and influential” designer Marc Newson, who hadn’t designed a camera before this one (he spends much of his time designing airplanes). The camera features a 16.28MP sensor, an ISO range of 100-25600, 1080p video recording at 30/25/24fps, and an aluminum body available in yellow, black, and white. The system starts shipping next month, with the body priced at $750, the lens priced at $250, and the combo priced at $900. 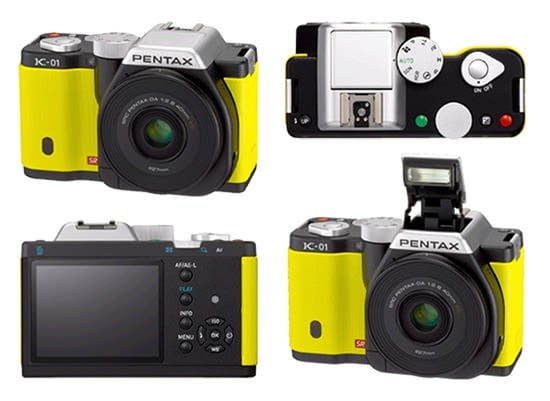 Here’s a short interview with Marc Newson in which he talks about taking on this camera design project:

(vai BusinessWire via The Verge)