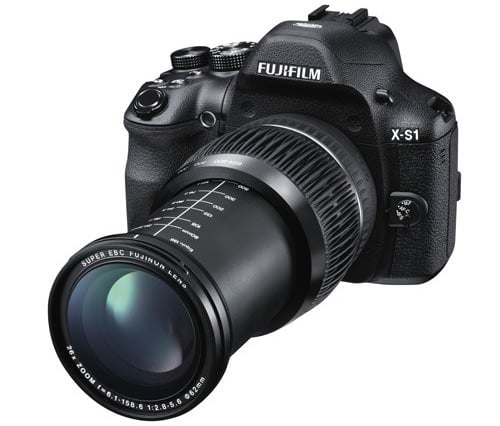 Fujifilm officially unveiled the XS-1 today after details and photos of the camera first appeared last month. Unlike the X100 and X10, the XS-1 isn’t a rangefinger-esque mirrorless camera but is instead a beastly bridge camera. The camera packs the same 12-megapixel 2/3-inch sensor as the X10, and features a 26x zoom lens that’s the 35mm equivalent of a 24-624mm lens. As if that range wasn’t enough, they also decided to include a macro mode that allows the camera to focus from just 1cm away.

Here’s a short promo video showing off the camera:

You can find out more about the camera here.