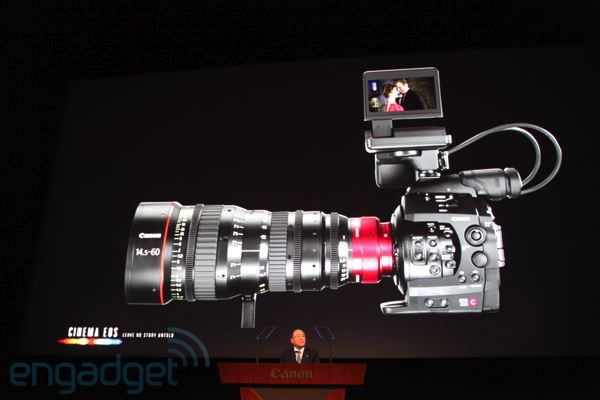 Canon’s historic announcement is here, and as most people predicted, it’s geared towards filmmaking rather than photography. The company just unveiled its new C300 cinema camera in an effort to break into a Hollywood digital filmmaking scene that’s dominated by the Arri Alexa and the RED EPIC. While it’s not particularly powerful in any specific category, the new camera comes in EOS or PL lens mounts, shoots 1080p video with a 4K sensor, has dual CF card slots, and offers high quality footage in a relatively small form factor.

In addition to a new lineup of lenses, the EOS version of the camera will be compatible with existing EF lens collections: Leaf Brooches Made from Photographs Printed on Fabric

Canon Working on a New EOS DSLR Geared Towards Filmmakers