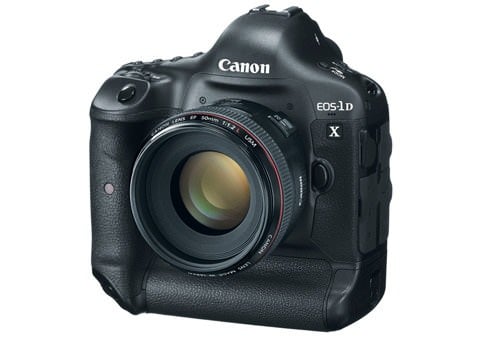 Nikon says the megapixel race ended years ago, but its upcoming camera is rumored to be a 36MP beast. Canon, on the other hand, actually took a step backward in terms of megapixels, dropping from 21 in the 1Ds Mark III to 18 in the new 1D X. However, the company states that camera’s resolution is by no means worse than the 1Ds Mark III, despite what marketers want you to believe. A representative recently spoke to Amateur Photographer, saying:

We have designed the Canon CMOS sensor for the EOS 1DX so that it is much thinner than before and so that the photodiodes are closer to the surface of the sensor. This way the pixels collect more light and produce a better, clearer, signal.

With less noise, and our new improved processing algorithms, the camera is able to reproduce more detail. While using MFT is perhaps not the best way to measure the resolution of the camera, if you did use this method the results for the EOS-1D X and EOS-1 Ds Mark III would be very similar.

The 1D X also has a mirror that utilizes mechanical movement both ways rather than gravity, allowing for faster frame rates while at the same time reducing mirror bounce.