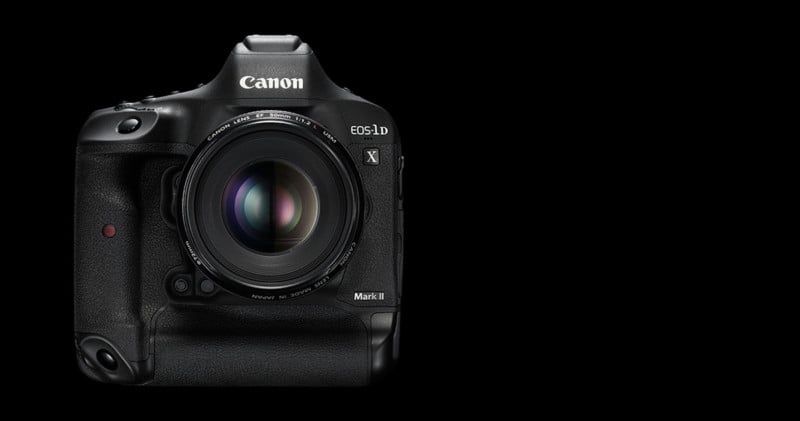 It seems Canon has got a real winner on their hands with the impressive (and expensive) Canon 1D X Mark II. In fact, it’s now the highest rated Canon sensor DxOMark has ever tested! Move over 5DS…

The sensor testing and comparison site posted their review of the 1D X Mark II earlier today, where it was revealed that the 20.2MP sensor inside Canon’s full-frame flagship earned an impressive score of 88. That makes it “the best-performing sensor in the company’s range.” 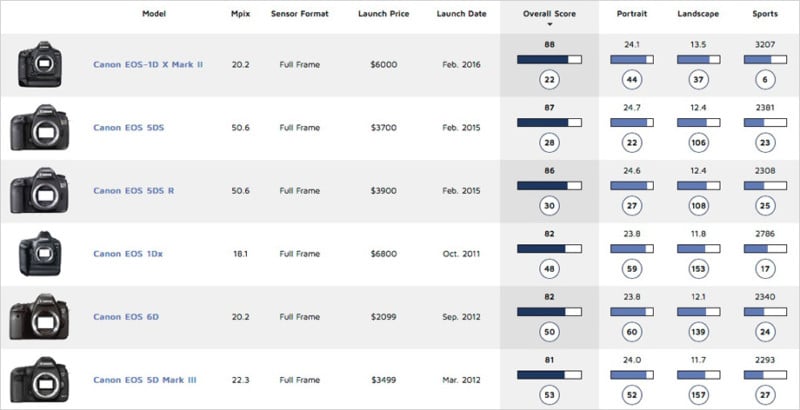 The sensor clawed its way to the top for several reasons, but it seems that impressive dynamic range throughout its functional ISO range is what stuck out to DxOMark the most.

“Some small gains were made in both low ISO and high ISO color noise levels, but more significant is the widening of the dynamic range from base (ISO100) to ISO3200,” writes the review site. “The 13.5 EV dynamic range at base is the best in the maker’s range.”

The 1D X Mark II really showed its dynamic range chops when compared to the 1Ds Mark III and its predecessor, the original 1D X: 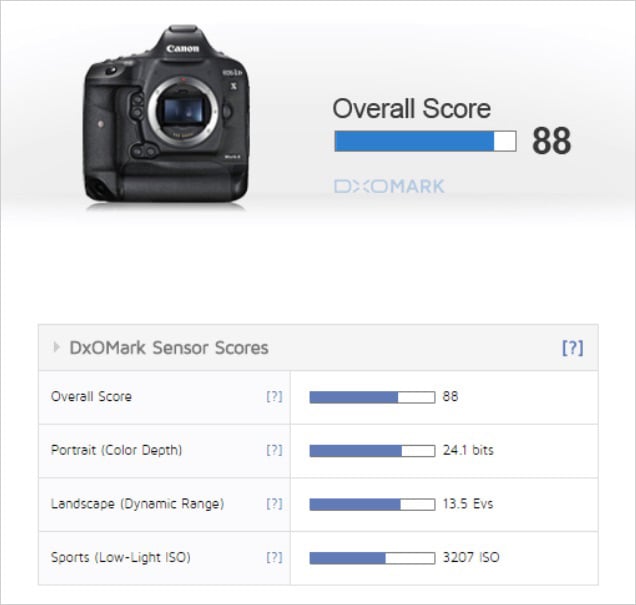 In the end, what the reviewers were most impressed with was the range of genres they could imagine this sensor performing well in. “The sensor performance offers photographers the versatility to tackle a wide range of assignments with just one camera,” reads the conclusion.

Check out the full writeup on DxOMark by clicking here.