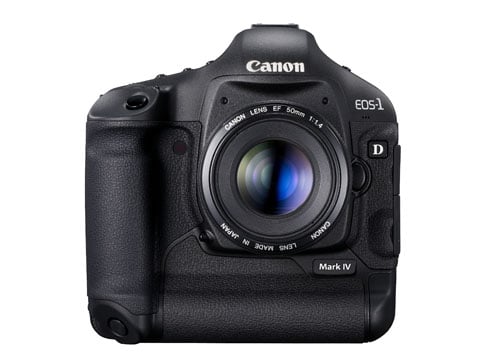 It boasts a 16.1 megapixel sensor (a 6 megapixel increase from the Mark III) and has an native maximum ISO of 12,800, but can be increased to 102,400 via a custom function. This means the camera has pretty ridiculous low-light performance. In comparison, the Mark III offered up to 3,200 ISO.

Pulitzer Prize winning photographer Vincent Laforet received a prototype of the Mark IV a couple weeks ago to try out, and quickly put together a short film. It’s pretty mind-boggling what this camera can do in low-light situations.

These features come at a steep price. The suggested retail price for just the camera body is estimated to be $4,999, so it’s not exactly the kind of camera you’d buy to just play around with.

To find out more about this camera (i.e. more detailed specs), check out the newly created Wikipedia page.