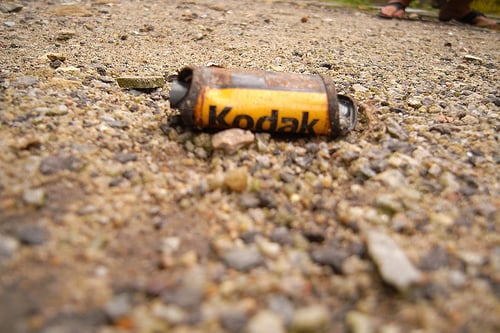 The AP published an article yesterday titled “How Much Longer Can Photographic Film Hold On?” that gives a pretty grim outlook for the future of film. About a decade ago, Americans were purchasing close to 1 billion rolls of film and 19.7 million film cameras every year. This year, only about 20 million rolls will be sold and film camera sales may fall below 100,000.

For InfoTrends imaging analyst Ed Lee, film’s fade-out is moving sharply into focus: “If I extrapolate the trend for film sales and retirements of film cameras, it looks like film will be mostly gone in the U.S. by the end of the decade.”

As high schools and colleges find the rising costs of analog photography prohibitive, they’re transitioning to a completely digital curriculum and shutting down their darkrooms, further reducing the demand for film. Film lovers, enjoy it while it lasts!

How Much Longer Can Photographic Film Hold On? [NPR]

Make a Bicycle Camera Mount for $1