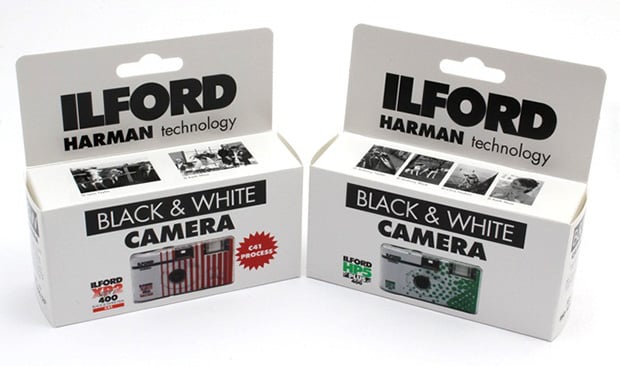 The camera film industry may be struggling, but there are certain segments that are still profitable. One such niche is the one-time-use disposable film camera market, and Ilford Photo wants a piece of the pie. The company, which makes widely used films, papers, and chemicals, announced two new black & white disposable cameras today.


Both cameras feature a built-in flash and can shoot up to 27 exposures on ISO 400 Ilford film.

The XP2 variant uses B&W film that can be developed using the standard C41 chromogenic color print film developing process, which allows you to have the film developed at any local camera shop (or drug store) that can develop ordinary color film.

If you have access to a B&W film processing lab (or develop film yourself in your bathroom), you can buy the HP5 version, which uses the standard gelatin-silver process.

There is also a special Process Paid version of the HP5 camera, which is sold with a pre-paid envelope that lets you easily send your roll to the Ilford lab located in Cheshire (where the company is based) for processing and printing.

The price for the cameras is expect to be around £9 in the UK, which is about $14.4. The Process Paid HP5 variant will cost £15, or around $24. No word yet on if/when the cameras will be made available in the States.

Ilford is targeting the party and wedding industry with these new cameras. Steven Brierley, the company’s director of marketing, says that Ilford regularly receives requests for “retro style black and white film cameras” from “digital users who now want the look of real black and white prints from a film negative.” 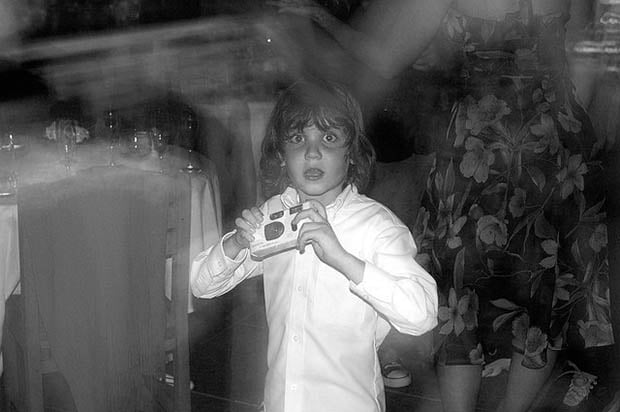 The company is certainly tapping into an industry that is still quite vibrant. Even though film sales dropped to around 20 million rolls in 2011, an estimated 31 million additional rolls were sold in the form of single-use disposable cameras. In other words, about 60% of the film rolls sold last year were packaged inside cheap cameras intended to capture things like wedding receptions.