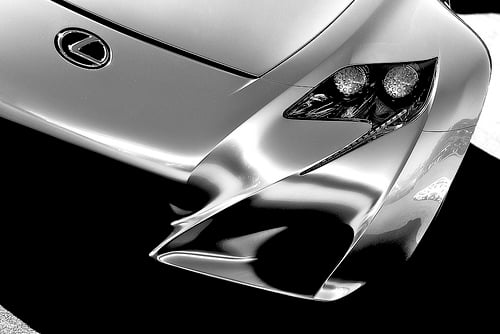 Ever wonder what the fees involved in doing photography for an ad campaign look like? Jess Dudley, a producer over at Wonderful Machine, has an insightful post on A Photo Editor breaking down an estimate he recently did for a client:

The photographer and I settled on $2,500.00/shoot day for his basic creative fee. But what about the licensing fee? There were some factors to consider. The agency and the client were both pretty big players. The client was going to get a lot of use out of the pictures, and they stood to gain a lot from them, all which suggested a solid fee. Applying slight downward pressure on the value was the fact that the photographer didn’t have a long track record with automotive advertising, the spontaneous nature of the shoot made the campaign a little risky for the client, and this campaign was only one of several that they were producing for that brand. After consulting my usual pricing guides and agency contacts, I chose to price the first 20 images at $80,000 (effectively $4,000 each), with the option of the next 10 at $3,000 each and the 10 after that at $2,000 each.

You can read the rest of the breakdown here — it’s quite illuminating.

How to Make Your Own Redscale Film