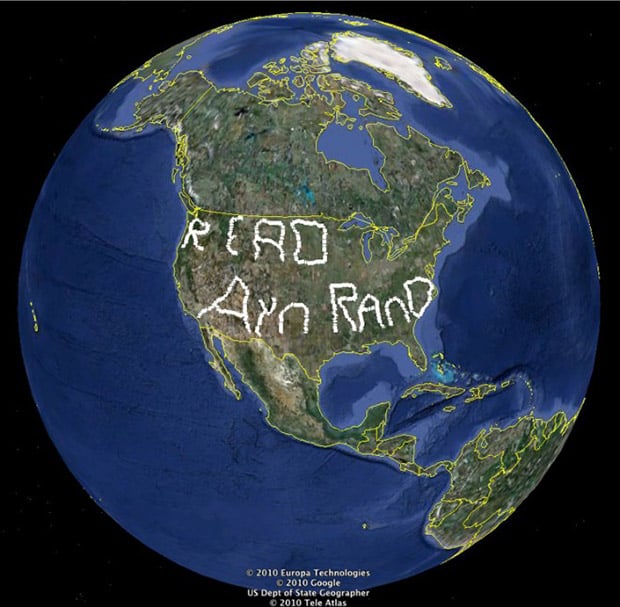 Here’s a method of scrawling gigantic messages that puts skywriting to shame: Nick Newcomen spent 30 days driving 12,238 miles across 30 states in a GPS-logger equipped car, tracing the message “Read Ayn Rand” across the face of the United States. Ayn Rand is a Russian-American novelist and philosopher who write two bestselling books (The Fountainhead and Atlas Shrugged) and introduced a philosophy called Objectivism.

After the road trip, he loaded the location data from the logger (a Qstarz BT-Q1000X) into Google Earth to produce the end result: the world’s biggest writing.

To prove that he actually visited the places indicated by the GPS locations, he filmed short videos at various locations, which can be viewed by clicking each of the giant letters on the website he set up.

A while back, a Swedish artist named Erik Nordenenkar claimed to have created the following drawing using a GPS-equipped packaged shipped via DHL, and stating that it was the biggest in the world: 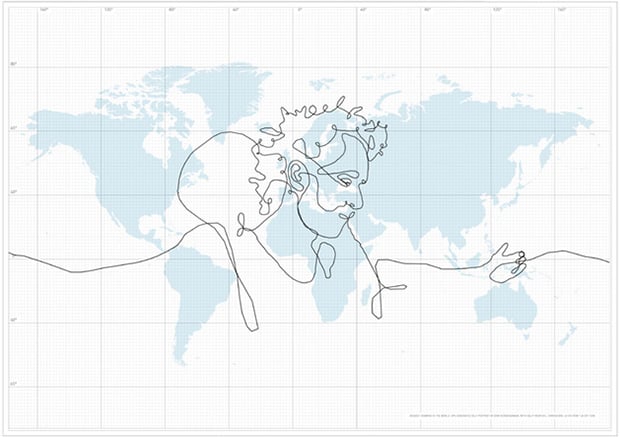 Afterward, he admitted that it was a fictional work.