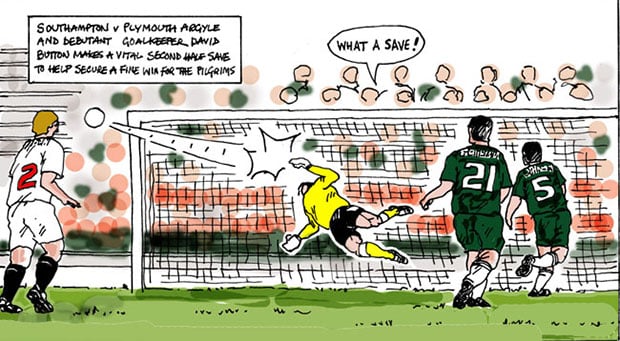 English soccer (football) club Southampton F.C. revealed a plan last week to deny press accreditation for photojournalists this season, and instead to force publications to purchase photographs from a single approved source, a photo agency called The Digital South.

Needless to say, this didn’t go over well with newspapers, and one in particular — The Plymouth Herald — came up with a creative way to protest the decision. Rather than purchase approved photographs, they commissioned city historian Chris Robinson to cover a recent match with Argyle using cartoons (reminds us of a criminal trial).


The key moments captured by Robinson (by hand) include the game winning goal by Luke Summerfield: 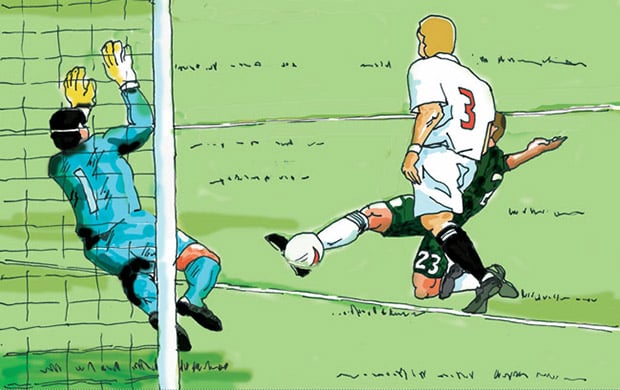 The Sun also decided to protest the ban in their own unique way: by reporting on the match without once mentioning Southampton or its players.

In addition to newspapers protesting the clubs decision, Southampton F.C. has run into an even bigger hindrance: The Digital South itself has refused to sign the deal, disagreeing with the ban.

Image credits: Cartoons by Chris Robinson for The Plymouth Herald